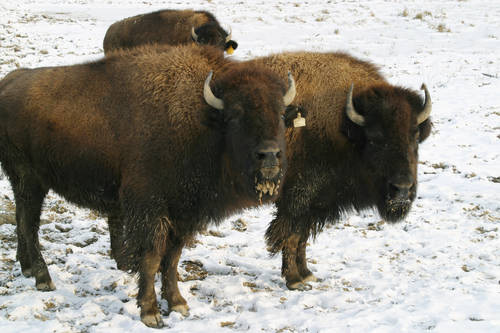 Woolaroc (the name comes from the woods, lakes and rocks that are part of the Osage Hills area) was designed as a retreat for Phillips, a place where he could get back to nature. What began as a small cabin became an elaborate log lodge with nine bedrooms. Completed in 1927, the house is decorated in a rustic lodge style.

The 50,000-square-foot museum is highlighted by works by Frederic Remington, Charles M. Russell and other Western artists; artifacts from 40 Native American tribes that lived in Oklahoma; a collection of Colt firearms; and exhibits of Western gear.

More than 800 animals, including bison, elk, deer and water buffalo, can often be seen on a driving tour through the wildlife preserve. Phillips wanted the preserve to retain the feel of the West as he recalled it prior to the turn of the 20th century. Nature trails allow visitors to explore the grounds, and an animal barn is available in summer and on weekends in fall. Mountain Man Camp is a re-creation of an 1830s trading post, and is open Memorial Day through Labor Day. Films showing the history of Woolaroc are presented in the Heritage Center.