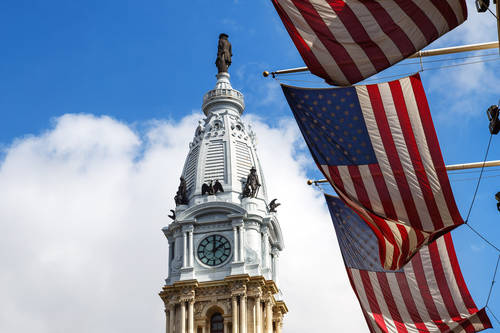 PHLCVB
1 Photo
AAA Editor Notes
City Hall is at Penn Sq., Broad and Market sts.; tours depart from the visitor center, room 121. This was planned to be the tallest structure in the world when construction began in 1871. However, it was surpassed in height by the Washington Monument and the Eiffel Tower before its completion in 1901. A 37-foot-high bronze statue of William Penn tops the City Hall tower. The document in Penn's left hand represents the state's charter.

The elevator for the tower observation deck tour holds four adults at one time.