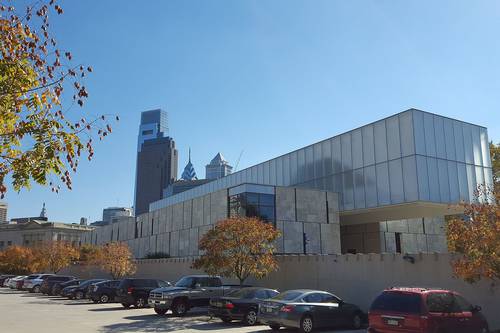 Wikimedia Commons/Thekohser
1 Photo
AAA Editor Notes
Fairmount Park is reached by Benjamin Franklin Pkwy. This beautiful park system covers 9,200 acres throughout the city. It is threaded by miles of scenic drives, walks, a bicycle route and horse trails. Visitors can see sculls racing on the Schuylkill, hear band concerts in Pastorious Park or symphony orchestras at Mann Center for the Performing Arts, or visit numerous museums and historic houses.

The park system, founded in 1876, was the site of the Centennial Exposition. Of almost 200 buildings erected for the fair, only Memorial Hall and the Ohio House remain. Glendenning Rock Garden and Horticultural Hall Gardens are noteworthy. Within the park boundaries are several Colonial estates and public squares, including Franklin Square, which features a carousel and playgrounds, and Logan Square, with the beautiful Swann Memorial Fountain that is lit at night.

Historic RittenhouseTown, on Wissahickon Avenue, was the site of America's first paper mill. Today seven buildings remain and can be viewed from the outside via a guided walking tour on summer weekends. The boat houses along the Schuylkill River are lit at night with strings of white lights that reflect in the water; they are best seen from the Schuylkill Expressway across the river.