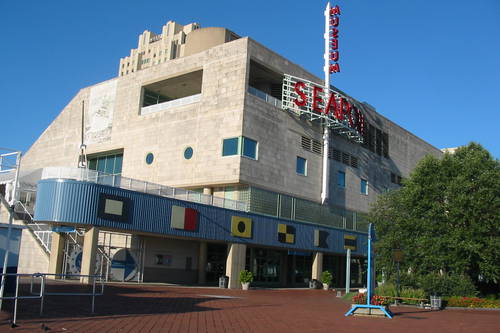 Wikimedia Commons / CC BY SA/George100
1 Photo
AAA Editor Notes
Independence Seaport Museum, on Penn's Landing at 211 S. Columbus Blvd. at jct. Walnut St., depicts the maritime heritage of the Delaware River, Delaware Bay and its tributaries. Visitors can climb aboard the World War II GUPPY-1A type submarine USS Becuna that went on missions in the Pacific before being refitted for missions during the Korean and Vietnam Wars, and the USS Olympia, a cruiser that was Adm. George Dewey's flagship during the Spanish-American War. Guided behind-the-scenes tours are available. History, science and art exhibits examine the area's waterways. In the Workshop on the Water, boat builders can be seen practicing their craft; models, blueprints and replicas of a variety of small watercraft pay tribute to generations of boat builders and enthusiasts.