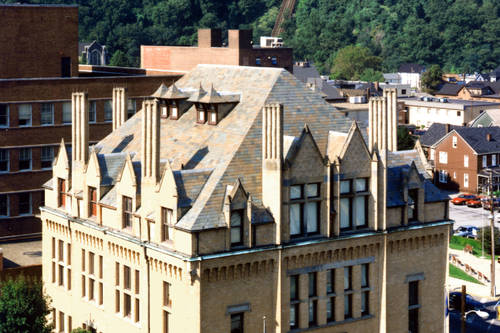 Johnstown Area Heritage Association/not available
1 Photo
AAA Editor Notes
Johnstown Flood Museum is at 304 Washington St. at Walnut St. This 1891 building was one of the first Carnegie libraries, built with a donation from philanthropist Andrew Carnegie. The museum chronicles the cause and course of events prior to, during and after the devastating flood of May 31, 1889, and features the 26-minute 1989 Academy Award-winning documentary film “The Johnstown Flood.” Oklahoma houses, prefabricated structures designed for Oklahoma Territory homesteaders, were used for emergency housing after the flood; an original is displayed.

A 24-foot, 3-D relief map with sound effects and animation illustrates the devastation wrought by the 40-foot-high wall of water. Some 2,200 people were killed as it swept through the Conemaugh Valley, destroying everything in its path. Another exhibit is dedicated to the relief provided by the American Red Cross, including the efforts of the group's founder, Clara Barton. Recovered artifacts also are displayed.