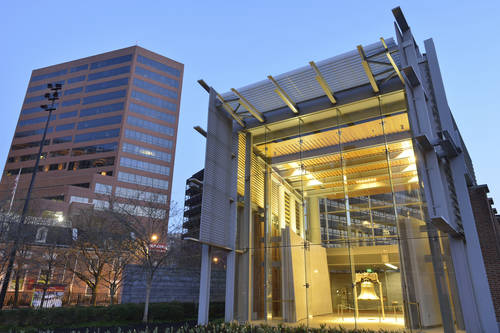 aimintang/iStockphoto.com /
1 Photo
AAA Editor Notes
Liberty Bell Center, 526 Market St. within Independence National Historical Park, houses the renowned bell that announced America's birth as a new nation in 1776 and was used as a symbol in the 19th-century abolition movement. Today the 2,080-pound bell is housed in the Liberty Bell Center in front of a glass wall, and admirers will see Independence Hall in the background. The bell's yoke, made of American elm, is believed to be the original.

The center includes exhibits about the bell's significance as a worldwide symbol of freedom. An 11-minute video presentation, available in a dozen languages, tells the story of its origins.