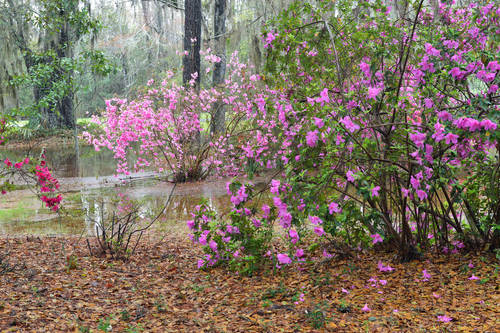 Animal sightings, like flora, vary by season, but wildlife viewing may include alligators, bald eagles, hawks, herons, otters and wood ducks. Bateaux—flat-bottomed boats—allow visitors to explore the swamp with a guide or on their own. The Heritage Room traces the history of Dean Hall Plantation and Cypress Gardens. Exhibits interpreted by archeologists who excavated the former slave quarters highlight the lives of enslaved Africans in the 1800s. A 24,000-gallon freshwater “swamparium” and an enclosed butterfly house also are on the grounds. About 3.5 miles of walking trails are available.

More than a dozen movies and television programs have been filmed on the grounds, including “Cold Mountain,” “North and South,” “The Notebook,” “The Patriot” and “Swamp Thing.” Attraction staff can point out where certain scenes were shot.