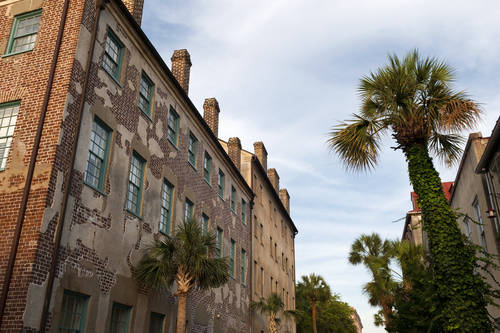 jcarillet/iStockphoto.com
1 Photo
AAA Editor Notes
Dock Street Theatre, 135 Church St. at jct. Queen St., opened in 1736. It is said to be America's first building designed for theatrical performances. At that time the theater's location was on Dock Street, but shortly after its opening the street name was changed to Queen Street. The building is believed to have been destroyed by fire in 1740.

The Planter's Hotel was built on the site in 1809 and was a rendezvous for the gentry; the drink Planter's Punch is said to have originated there. In the mid-1930s the hotel was remodeled into the new Dock Street Theatre as a WPA (Works Progress Administration) project.

Charleston Stage is the theater company in residence; frequent performances are staged in the theater and foyer.