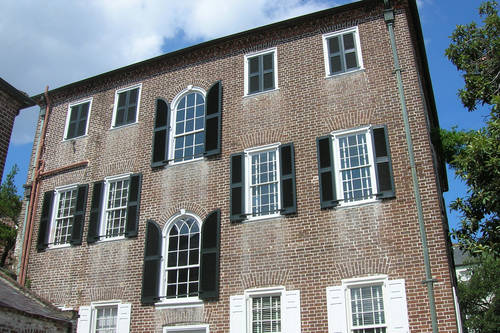 flickr/Megan Petty
1 Photo
AAA Editor Notes
Heyward-Washington House is at 87 Church St. The 1772 Georgian-style brick house was built by prominent rice planter Daniel Heyward for his son Thomas Heyward Jr., an artillery officer in South Carolina's militia during the American Revolution and a signer of the Declaration of Independence. The house was also named for George Washington, who was a guest during his visit to Charleston in May 1791.

Most of the furnishings are from Charleston. Guided house tours are offered. Guests may take self-guiding tours through the 1740s kitchen building and the gardens behind the main house. The formal garden showcases plants representative of those that would have been used in Charleston in the late 1700s.