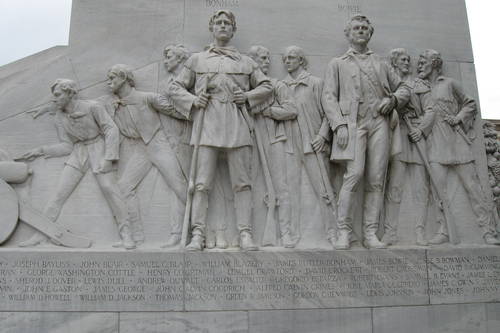 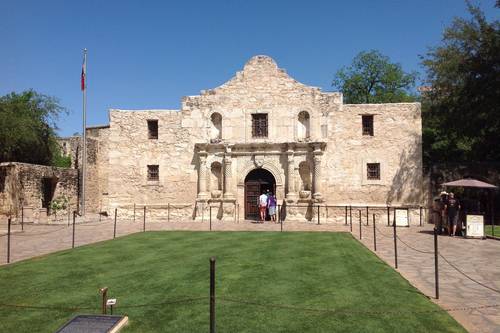 AAA/Inspector 66
2 Photos
AAA Editor Notes
The Alamo is downtown at Alamo Plaza, bounded by Houston, Bonham, Alamo and Crockett sts. What this former Spanish mission lacks in size it more than makes up for in terms of historical legacy, epitomizing the heroic stand a contingent of brave men made against overwhelming odds in the name of freedom.

The San Antonio de Valero Mission was the first of five Spanish missions established along the San Antonio River between 1718 and 1731. Until it was turned over to local control in 1793, the Valero Mission fulfilled its mission to protect and convert local Native Americans and to foster the growth of a unique Tejano community. When the Spanish military stationed a cavalry unit at the former mission in the early 19th century, soldiers renamed it Alamo, the Spanish word for “cottonwood,” in honor of their hometown Alamo de Parras in the Mexican state of Coahuila.

The Alamo later served as a vital quartermaster depot for the U.S. Army and a warehouse for commercial interests. It was preserved through the efforts of the Daughters of the Republic of Texas after the turn of the 20th century. Gazing at this shrine to liberty today, it's hard to envision such fierce fighting. The Alamo's rough-hewn stone walls radiate a simple dignity. Wreaths and flowers inside the shrine are dedicated in memory of the men who lost their lives in battle. Exhibits here and in the Long Barrack Museum display Texas Revolution artifacts and personal items that belonged to the Alamo heroes. The Alamo Research Center contains books and documents pertaining to Texas history.

Regularly scheduled history talks in the Cavalry Courtyard tell the Alamo's story, as does the outdoor Wall of History. The lovely grounds and gardens are planted with flowering trees, cacti and ornamental plants. The waterway that runs behind the shrine and adjacent museum building is the remains of an irrigation system (acequia) that once served Spanish settlements along the river.

The 1-hour guided tour gives a detailed, in-depth history of the events at the Alamo complex, tracing the outline of the original fort, as it was at the time of the famous battle.

Concessions are available. The last entry is 15 minutes prior to closing.