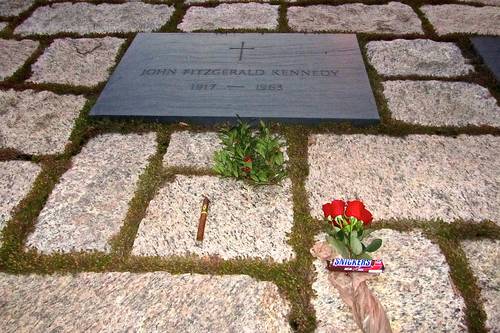 AAA/Inspector 49
1 Photo
AAA Editor Notes
The Grave of President John F. Kennedy is on the slope below Arlington House in Arlington National Cemetery. The site is marked by an eternal flame and excerpts from his inaugural address. Next to it is the grave of his wife, Jacqueline; their infant son Patrick; and an unnamed stillborn daughter.

Near them are the graves of two of his brothers—Sen. Robert F. Kennedy, also the victim of an assassin's bullet, and Sen. Edward M. Kennedy—as well as a memorial marker for Joseph P. Kennedy Jr., Joseph and Rose Kennedy's eldest son who died in World War II.