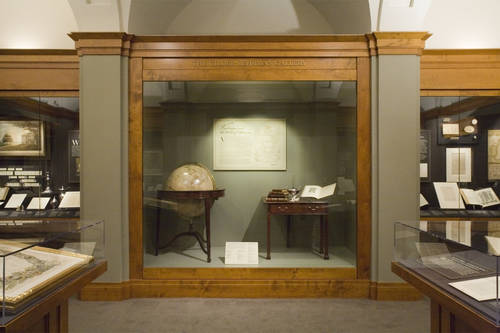 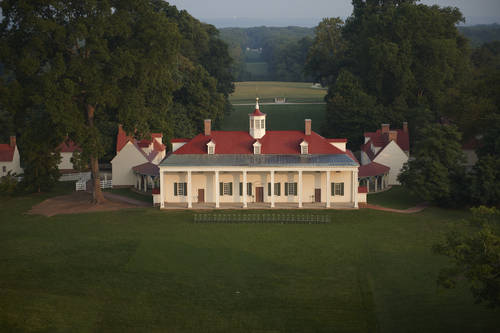 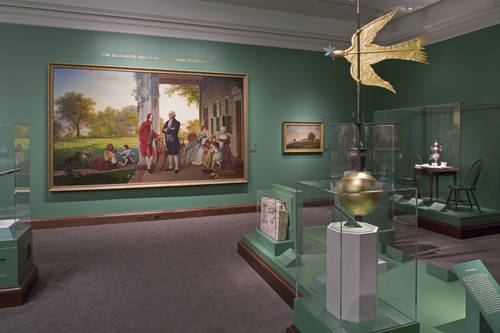 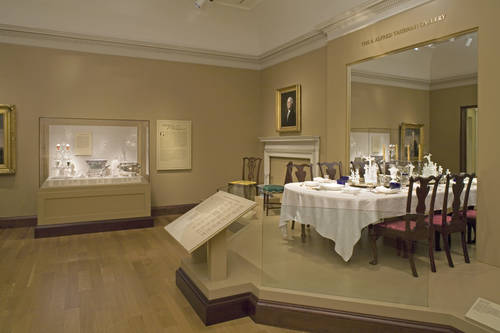 John Washington, great-grandfather of George, was granted land on the upper Potomac between Little Hunting Creek and Dogue Run, which became the Mount Vernon homesite in 1674. Washington family members occupied Mount Vernon over the years, and in 1761, George acquired the plantation, enlarging and improving the mansion and estate.

The mansion has been restored to appear as it was during the last year of Washington's life and contains much of the original furniture. Displays include the bed in which Washington died and the key to the Bastille, presented to him by the Marquis de Lafayette. Visitors can tour Washington's tomb, gardens and 12 outbuildings. The Pioneer Farmer site offers hands-on activities and contains a reconstruction of Washington's round barn, where horses walk the second floor threshing wheat seasonally.

Various guided tours of the grounds are offered April through October.

Note: Baby strollers are not permitted inside the mansion.