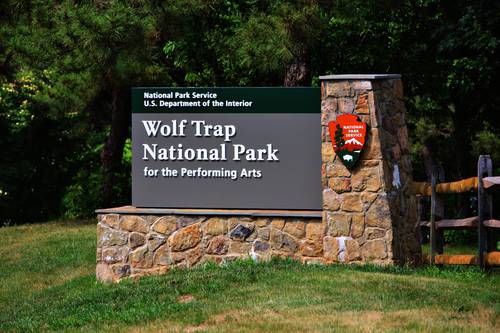 Situated in a setting of rolling hills and woodland, the Filene Center, the largest of Wolf Trap's several venues, is an open-air pavilion with a sloping lawn that can accommodate an audience of 7,028. Performances are held at the Filene Center from late May to early September. Wolf Trap's Children's Theatre-in-the-Woods is an open-air venue that accommodates an audience of 800 and presents family-friendly performances featuring dance, music, puppetry, storytelling and theater from late June to early August.

Guided tours are available. Picnicking is permitted. Food is available.