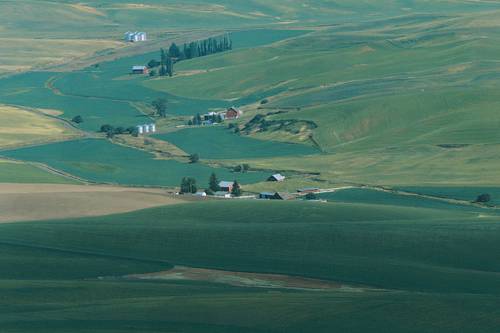 Getty Images/Digital Vision
1 Photo
AAA Editor Notes
Steptoe Butte State Park is 6 mi. n. on US 195, 4 mi. n.e. on Old State Hwy., 1 mi. n.e. on Hume Rd. and then 3 mi. w. on Steptoe Butte Rd., following signs. Within the park's 150 acres is the 3,612-foot butte first known as Pyramid Peak. In 1858 Lt. Col. Edward J. Steptoe and a battalion of 156 men suffered one of the regular army's worst defeats near the butte that now bears his name when they encountered a contingent of Nez Perce, Coeur d'Alene and Spokane Indians.

The butte is one of a series of volcanic projections in the area; geologists now refer to all such geologic features as steptoes. Steptoe Butte is accessible by road; from the summit there's an expansive 360-degree view.

Parking and picnic facilities are available, but drinking water is not.