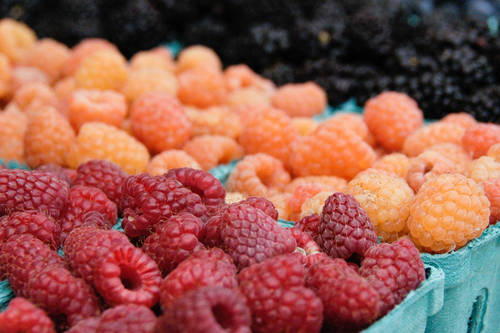 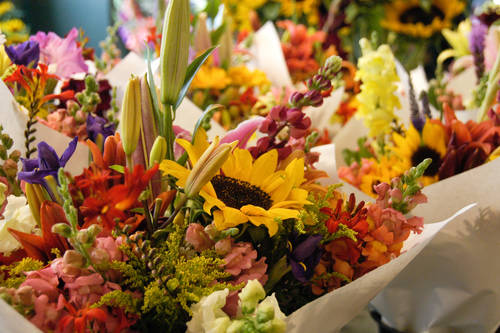 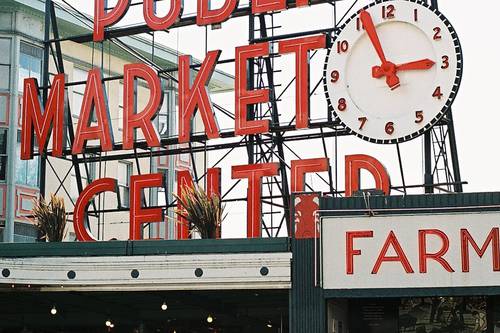 3 Photos
AAA Editor Notes
Pike Place Market spreads out from the corner of Pike St. and 1st Ave. Where else in Seattle can you wander among stall after stall of luscious produce, briny fresh seafood, beautiful cut flowers, gooey mac 'n' cheese, delectable baked goods, crafts galore and restaurants aplenty? Pike Place Market is the city's heart and soul, a market that opened in 1907 as an experiment in bringing together local farmers and consumers.

The Main and North arcades stretch along Pike Place between Pike and Virginia streets. This is where many of the produce vendors, flower sellers and specialty food retailers are located. The fishmongers at Pike Place Fish market, at the south end of the Main Arcade, never fail to draw a crowd with their boisterous banter and penchant for casually tossing a whole salmon or two.

The market's footprint expanded in 2017 with the opening of MarketFront, a $74 million expansion offering additional vendors, food stalls and an outdoor plaza with views of Puget Sound and the Olympic Mountains.

On narrow, pedestrian-only Post Alley is the infamous Gum Wall, a wall covered in colorful chewing gum that's a popular photo op. DownUnder, below the Main Arcade, is a warren of specialty shops selling everything from jewelry to collectibles to vintage comics.

Ethnic groceries, bookstores, meat sellers and small mom 'n' pop businesses also are part of the market fabric. A Starbucks branch (1912 Pike Pl., the chain's oldest in operation), Beecher's Homemade Cheese (1600 Pike Pl., their original store) and Sur La Table (84 Pine St. and also their first store) are the only national retailers. Franchises are not permitted, but several businesses that started in the market have expanded to other locations.

Pedestrian access to the waterfront is via the steps of the Pike Street Hillclimb between Alaskan Way and Western Avenue.