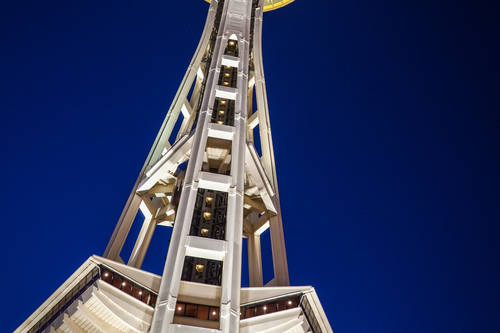 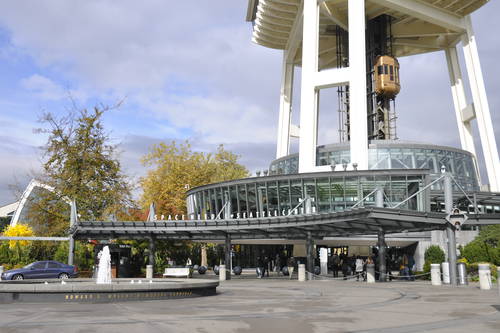 AAA
2 Photos
AAA Editor Notes
Space Needle is at 400 Broad St. on the Seattle Center grounds. Standing at a height of 605 feet, the Space Needle has been an iconic part of the Seattle skyline since it was unveiled as the centerpiece of the 1962 World's Fair. And ironically, the city's instantly identifiable symbol began as a sketch on a napkin.

The Needle was the brainchild of hotel magnate and key World's Fair organizer Edward E. Carlson. While on vacation in Stuttgart, Germany, Carlson—inspired by that city's Stuttgart Tower—sketched his version of a structure that would underscore the 21st-century themes of the upcoming exposition. His prototype, which resembled a flying saucer balanced on top of a very tall tripod, opened on Apr. 21, 1962, and was an immediate hit.

The observation area provides panoramas of the city, Puget Sound and—on clear days—the distant Cascade and Olympic mountains from more than 500 feet in the air. Floor-to-ceiling glass walls that angle outward and glass benches dubbed "Skyrisers" make for unique photo ops on the upper level. The lower observation level features The Loupe, said to be the world's first and only rotating glass floor, with adrenaline-inducing views straight down to the Seattle Center grounds below; the floor rotates once every 30 minutes.