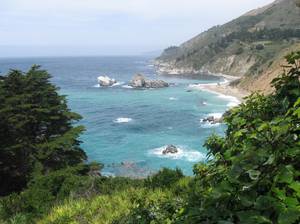 About MontereyMonterey has a historical pedigree as rich as any city in California. Combine that with a lovely waterfront setting along deep blue Monterey Bay and a wealth of attractions—from gorgeous gardens and historic homes to whale-watching cruises and a world-class aquarium—and you have a travel destination as alluring as any in the Golden State.

The Monterey Peninsula was visited by Europeans as early as 1602, when Sebastián Vizcaíno named a location along the bay in honor of the Spanish Count of Monte Rey, under whose orders the explorer was sailing. But it wasn't until 1770 that Gaspar de Portolá, founding governor of Alta California, and Franciscan father Junípero Serra established a mission and presidio (military post) here. In 1776 Monterey was proclaimed the capital of both Baja (lower) and Alta (upper) California.

When Mexico gained independence from Spain in 1822, Monterey became the Mexican capital. Cattle ranches sprang up as land formerly owned by the Catholic church was redistributed, and many Americans—dubbed “Yanquis”—settled in the area and became Mexican citizens.

The Treaty of Guadalupe Hidalgo, signed in 1848, made all of Alta California part of the United States. Monterey lost much of its political clout after that, but at the same time it was becoming an important whaling center, which brought an influx of Japanese, Chinese, Portuguese and Italian fishermen. These immigrants gave the town a robust, seafaring atmosphere that you can still feel today, even though the commercial fishing industry is a thing of the past.

By the 1920s harvesting sardines had become a major industry, and the plants built to process this oily member of the herring family were collectively known as Cannery Row, the colorful and boisterous locale of John Steinbeck's novels “Cannery Row” and “Sweet Thursday.” The local sardine population declined rapidly in the 1940s under mysterious circumstances (water pollution and changes in offshore currents are two possible explanations), and soon after that Cannery Row became a ghost town of empty warehouses.

Since then it's been tourism that drives Monterey. Trendy art galleries, boutiques and restaurants long ago replaced smelly fish factories along Cannery Row. And on whale-watching cruises Monterey Bay's rich marine life is observed, not hunted. A bevy of handicraft boutiques lure shoppers to Fisherman's Wharf, another touristy hangout. One of the wharf's cultural mainstays is the Bruce Ariss Wharf Theater, which stages a mix of musicals, comedies and dramatic plays; phone (831) 649-2332 for schedule and ticket information.

Off Lighthouse Avenue within the Presidio of Monterey is the Defense Language Institute Foreign Language Center, where military interpreters for the Department of Defense are trained. This is the site of the original military fortification established in 1770 by Gaspar de Portolá and father Junípero Serra. Lower Presidio Historic Park is open to the public.

Standing within the park is the Sloat Monument, a stone monument that commemorates Commodore John Drake Sloat's capture of Monterey in July 1846 during the Mexican-American War. The 30-foot-tall monument features a bas-relief sculpture of Sloat facing Monterey Bay and is topped by a pouncing eagle; troops stationed at the presidio humorously referred to the monument as “Big Bird.” The hillside location is a prime spot for watching the fireworks show that caps off the city's annual July 4th celebrations.

Tourists and locals alike flock to the Old Monterey Farmers Market, which sets up along three blocks of Alvarado Street between Del Monte Avenue and Pearl Street. The market is a cornucopia of organic fruit and vegetable stands selling the bounty of agricultural areas like Watsonville and the Salinas and Sacramento valleys. Baker's Alley has luscious pastries, cookies, muffins and European breads, and prepared food vendors whip up everything from Korean barbecue to naan curry wraps. Arts and crafts vendors sell trinkets and treasures from all over the world. Local musicians also add a lively touch to what is a real community gathering. The market is open Tuesdays 4-8 p.m. from May through September, 4-7 the rest of the year; phone (831) 655-2607.

Whalefest Monterey is not only a celebration of the annual migration of gray whales but is dedicated to educating the public about local organizations involved in marine life conservation and preservation of the Monterey Bay National Marine Sanctuary. In addition to lectures by noted marine scientists and showings of award-winning documentaries, activities include whale-watching trips, live music and a 60-foot model of a gray whale that kids can climb on. The 2-day event takes place in late January at Fisherman's Wharf.

Vintage race and sports cars take the spotlight at the Rolex Monterey Motorsports Reunion, part of a mid-August long weekend devoted to classic cars. Held at the Mazda Raceway Laguna Seca, this event draws more than 500 participants, who compete in 14 races grouped according to vehicle type. A highlight is the paddock area, where visitors can speak with the drivers and get an up-close look at cars that span every era of motor sports racing history.

The Monterey International Pop Festival, held in June 1967—the “Summer of Love”—put Monterey on the pop music map in a big way; it's remembered for iconic performances by the Who, Jimi Hendrix and Janis Joplin, as well as introducing Otis Redding and Ravi Shankar to the largest audiences of their careers. Monterey Pop was the first widely promoted and attended American rock festival and embodied the California counterculture vibe that reached its peak in San Francisco. It also set the stage for the much bigger Woodstock festival 2 years later.

Monterey Pop took place at the Monterey County Fairgrounds, which is the site of the 3-day Monterey Jazz Festival the third week in September. Masters share the stage with up-and-coming artists at an event that year after year attracts the world's best jazz musicians. The fairgrounds are located at 2004 Fairground Rd. (off SR 1 via Casa Verde Way); for schedule and ticket information phone (831) 373-3366 or (888) 248-6499.

Self-guiding ToursMaps of the 2-mile Monterey Path of History walking tour, which includes gardens, adobe buildings and historic sites, are available from the visitor center at Camino el Estero (between Del Monte Avenue and Fremont Street) and at Monterey State Historic Park.

ShoppingThe two most popular places in Monterey to stroll and window shop are Cannery Row and Fisherman's Wharf. Cannery Row has more choices—everything from name-brand retailers to art galleries to funky boutiques. All things shark-themed can be found at Sharky's Shirts. For quality casual apparel, check out California Classics. Souvenir hunters should make a beeline to Mackerel Jack's Trading Company, which is chock-full of affordable mementos (postcards, fridge magnets, sweatshirts). More souvenirs—think T-shirts and coffee mugs—can be found at Harbor House Gifts.

Besides being a place to score a free sample of clam chowder, Fisherman's Wharf has a couple of candy shops. At Carousel Candies your sweet tooth will get a workout courtesy of hot caramel popcorn, handmade candy apples and specialty chocolates. Or you could just watch while workers stretch salt water taffy into long, pliant ropes.

The open-air Del Monte Center, at SR 1 and Munras Avenue, has about 85 shops and restaurants, including anchor store Macy's. If you're a fan of mall chain stores—Banana Republic, Hot Topic, Williams-Sonoma and the like—you'll find them here. 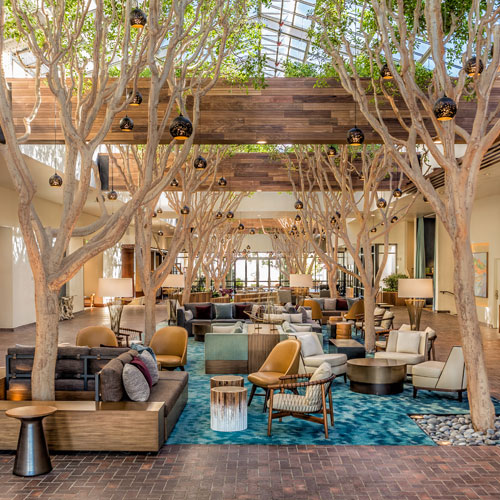 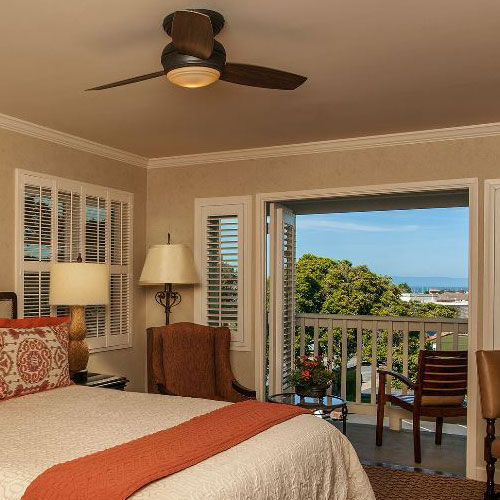