About HarrisonburgHarrisonburg was named after founder Thomas Harrison, who settled at the crossroads of a Native American path and the Spotswood Trail about 1739. Supplying lands for municipal expansion, Harrison's two sons followed a tradition set by their father when he donated land to Rockingham County for the erection of a courthouse in 1779.

Gen. Turner Ashby, one of the most respected Confederate officers of the Valley Campaign, fell in battle at Harrisonburg on June 6, 1862, while protecting Gen. Thomas J. “Stonewall” Jackson's approach to Port Republic. The Turner Ashby Monument, 1164 Turner Ashby Ln., memorializes the site of his death. Of Ashby, Jackson wrote, “As a partisan officer, I never knew his superior. His daring proverbial, his powers of endurance almost incredible…”

Harrisonburg lies in the heart of the Shenandoah Valley noted for its deep agrarian roots, vistas, many caverns and prime fishing waters. The cave nearest town is Endless Caverns in New Market, 11 miles north on US 11. The Shenandoah River, Lake Shenandoah and Silver Lake are known for their trout and bass fishing. Developed recreational areas of the George Washington and Jefferson National Forests are nearby.

A community service project first organized by a group of Girl Scouts, the A Dream Come True Playground welcomes children with and without disabilities. The site's features include colorful slides, climbing walls and the wheelchair-accessible Liberty Swing. The playground, at 1050 Neff Ave. with an entrance on Thomas Bowers Circle, is open daily 8-dusk (weather permitting).

Things to Do The Edith J. Carrier Arboretum 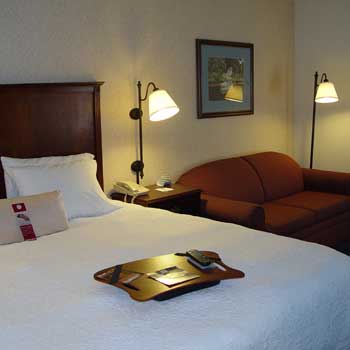 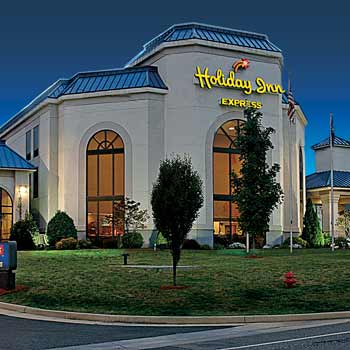