About AllentownAllentown is nestled in the Lehigh Valley along with Bethlehem and Easton. Allentown was originally incorporated as Northamptontown; German settlers played a key role in its development. The city later adopted the name of its founder, Colonial Pennsylvania Supreme Court Chief Justice William Allen.

After the Battle of Brandywine in 1777 George Washington had no hope of saving Philadelphia from the British. The Liberty Bell and the bells of Christ Church were secretly removed to Allentown to be hidden in Zion's Church. The church now houses the Liberty Bell Museum.

Allentown has 2,000 acres of park grounds; recreational opportunities can be found on the city's bike paths, hiking trails and golf courses. Fishing is permitted in rivers and streams. The Malcolm Gross Rose Garden and the Rose Garden, Parkway Boulevard and 27th Street, contain more than 100 varieties of roses, water plants and many other flowers. Peak bloom seasons are spring and fall. West Park features a fountain and war memorials surrounded by more than 200 types of trees; concerts are held in the summer at the band shell.

The city has three historic districts: Old Allentown; Old Fairgrounds; and West Park, which is centered around the city's first park and features Colonial Revival and Queen Anne architecture.

Lehigh Valley SportsFest draws approximately 150,000 spectators and 10,000 amateur athletes, who compete in more than three dozen sporting events in parks across the city each July. In late August through early September the Great Allentown Fair, which supports the achievements of farmers, gardeners and homemakers, is held at the Allentown Fairgrounds. This annual event has been occurring since 1852 and features rides, games, shows and concerts; phone (610) 433-7541. Lights in the Parkway is a nearly 1.5-mile drive-through light display set to music along Lehigh Parkway, one of the city's parks, late November through late December; phone (610) 437-7530.

Self-guiding ToursBrochures for the self-guiding Lehigh Valley Covered Bridges Tour, which leads past seven historic and picturesque bridges, are available at the convention and visitors bureau. Information about a local log cabin trail, the Lehigh Valley Wine Trail and bicycle trails also is available. Information about the Old Allentown historic district can be found at Lehigh Valley Visitor Center as well as at Old Allentown Preservation Association at 147 N. 10th St. and at City Hall.

About 6.5 miles southeast of Allentown in Center Valley is The Promenade Shops at Saucon Valley, Center Valley Pkwy. and SR 309, which features more than 70 stores, including Banana Republic, Barnes & Noble, J. Jill and L.L. Bean.

Things to Do Allentown Art Museum 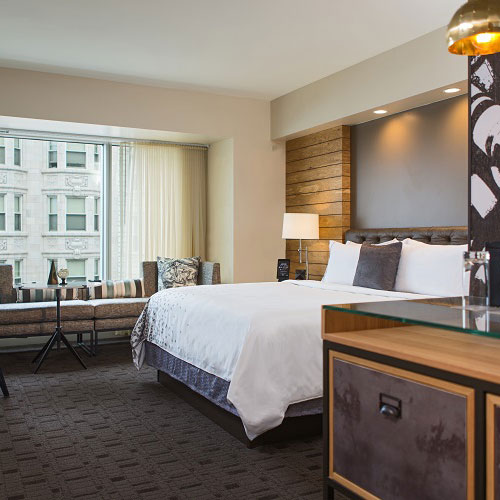