More About
Forks, WA
HotelsAttractionsRestaurantsCampgrounds
6 Places to Hike That Will Amaze You 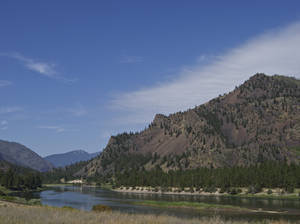 About ForksThis important Olympic Peninsula logging community takes its name from the forks of the three nearby rivers: the Bogachiel, Calawah and Sol Duc. Forks began in the late 1870s as an agricultural community; commercial logging followed a decade later. In addition to providing the town's name, area rivers support spectacular runs of steelhead trout during the summer and winter, attracting anglers.

More recently, Forks has gained fame as the primary setting for the phenomenally successful “Twilight” series of novels by Stephenie Meyer. Props, costumes and two motorcycles from the “Twilight” movies are on display at the Rainforest Arts Center, 11 N. Forks Ave. The collection is open Thurs.-Mon. 10-4, Tues.-Wed. by appointment; phone the Forks Chamber of Commerce, (360) 374-2531.

Things to Do Forks Timber Museum