About Jekyll IslandThe most crowded chapter in the history of Jekyll Island began in 1886 when prominent East Coast millionaires, including Frank Henry Goodyear, Edwin and George Gould, J.P. Morgan, Joseph Pulitzer and William Rockefeller bought the island for $125,000. Naming themselves the Jekyll Island Club, they built a large clubhouse and elaborate cottages for use as a hunting preserve and family getaway.

The activities of some members while staying at this haven changed world events. In 1910 the first draft of the Federal Reserve Act, the foundation of the nation's monetary system, was drawn up. From Jekyll Island in 1915 the president of AT&T made the first transcontinental telephone call, speaking with President Woodrow Wilson in Washington, D.C., Alexander Graham Bell in New York and Bell's assistant Thomas Watson in San Francisco.

By the early 20th century Jekyll Island Club members were said to represent one-sixth of the world's wealth. By World War II, later generations had lost interest and had largely left the island, which was sold in 1947 to the state of Georgia for use as a state park.

Jekyll Island now is one of Georgia's major resort areas. The 10-mile beach offers surf fishing, swimming, bathhouses and a beach walk. The island's sand dunes form a natural buffer to protect land and buildings from tides, winds, waves and storms. Crossovers can be used for beach access. Golf, nature walks, tennis, miniature golf, sightseeing cruises and miles of bicycle trails are all available, plus picnic areas, campsites and a water park. Bicycles can be rented. Segway rentals are available seasonally (weather permitting).

Visitors traveling by private vehicle to Jekyll Island are required to pay a $6 daily parking fee at the island's entrance, at the end of the Jekyll Island Causeway. 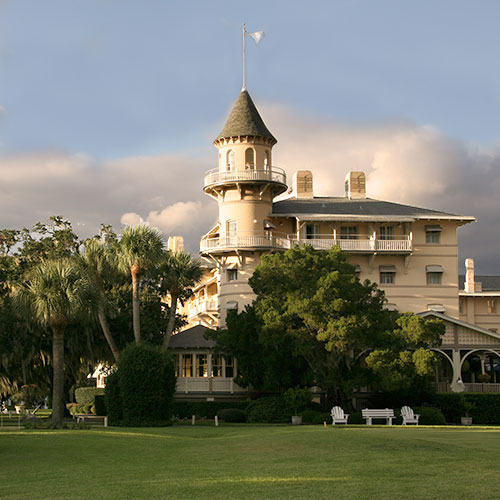 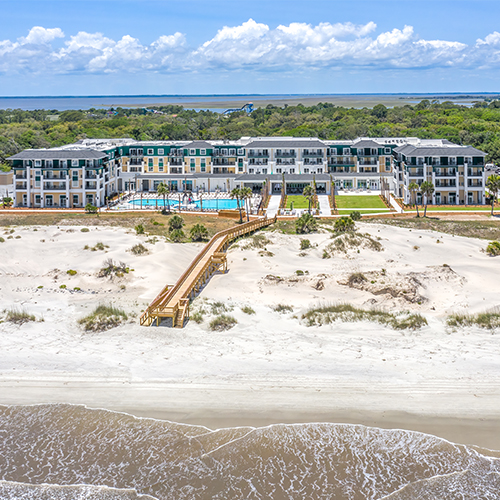