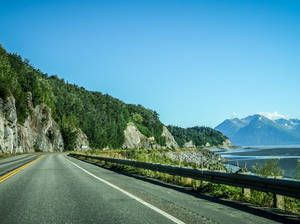 OverviewAnchorage, on a high bluff enfolded by the two branches of Cook Inlet, lies as far west as the Hawaiian Islands and as far north as Helsinki, Finland. The tides in the inlet rise from 30 to 33 feet, and the surrounding mountains loom several thousand feet overhead. The protective mountain barrier and the proximity of the ocean afford Anchorage a surprisingly moderate climate, relative to most of Alaska.

Anchorage is Alaska's largest city and is home to almost half of the state's residents. While not a dazzling metropolis, each summer the city is beautifully decorated with almost 100,000 hanging flower baskets brimming with brightly colored blooms.

Established in 1915 as the construction headquarters for the Alaska Railroad, it is the transportation and business center of south-central Alaska and a major winter recreation area. Anchorage's heritage as a road town is recalled by a number of historic buildings, notably the Pioneer Schoolhouse in Ben Crawford Memorial Park and two nearby one-room log cabins.

Anchorage suffered from the effects of the 1964 Good Friday earthquake, one of the strongest in history, which destroyed much of downtown. Earthquake Park , at the west end of Northern Lights Boulevard, has a walking trail and interpretive signs that provide information about the massive temblor. The 134-acre park also provides a stunning vista of Cook Inlet.

From Anchorage visitors also can take various sightseeing tours of the area, including the Kenai Peninsula and places of interest inaccessible by road. Among the more novel sightseeing trips are dog sled tours, which leave from the Alyeska Resort and Ski Area December through March. Trolley tours given by Anchorage City Trolley Tours depart daily May through September from the Log Cabin Visitor Information Center at Fourth Avenue and F Street; phone (907) 276-5603 or (888) 917-8687.

Float trips on the Matanuska River depart by van from Anchorage to the launch point. Panning for gold is available an hour from downtown. For a different perspective, try flightseeing—operators can be found at the airport and Lake Hood.

Most agencies offer 2-, 3- and 4-day round trips between Anchorage and Denali National Park and Preserve. The trips include travel in railway cars equipped with glass ceiling panels. Many of these companies also offer longer excursions to the interior and cruises up the Inside Passage.

Then there are places to explore independently. Ship Creek, with multiple access points along East Ship Creek Drive, is a popular sport salmon fishery and salmon viewing area. King salmon run in June and silver salmon from mid-July to late September. During these months, fishermen line the banks from the mouth of Ship Creek upstream to the Chugach Power Plant Dam. Several viewing platforms span the creek between Whitney Road and the Ship Creek walking trail. The Bait Shack, 212 W. Whitney Rd., sells fishing licenses and rents tackle and fishing gear; phone (907) 522-3474. The William Jack Hernandez Sport Fish Hatchery is 2 miles upstream from the mouth of the creek at the corner of Reeve Boulevard and Post Road. The hatchery’s visitor corridor is open 8 a.m. to 4 p.m.; phone (907) 269-2000 for more information.

Bring the outdoors inside: The Alaska Center for the Performing Arts Sydney Laurence Theatre, at 621 W. 6th Ave., presents a 40-minute, large-screen slide show called “AurorA” that displays a series of stunning images of the aurora borealis synchronized to classical music. Shows are offered daily late May through August; tickets are available at the door. Phone (907) 263-2993 to confirm schedule information

Anchorage serves as the starting line for the 1,049-mile Iditarod Trail Sled Dog Race , which begins the first Saturday in March. The actual mileage of the race varies year to year; however, 1,049 is often used as a symbolic figure because the distance is always more than 1,000 miles, and 49 was added to symbolize Alaska's place as the 49th state to enter the Union. Dogs and mushers travel over the Alaska Range and across frozen Norton Bay, arriving in Nome nearly 2 weeks later.

The Bear & Raven Adventure Theater , 315 E St., offers “The Amazing Trail,” a 30-minute multimedia presentation relating the history of the Iditarod race as well as interactive sledding, ballooning and fishing exhibits. The theater is open mid-May to mid-September and during the Iditarod; phone (907) 277-4545.

Things to Do26 Glacier Cruise by Phillips Cruises see Whittier 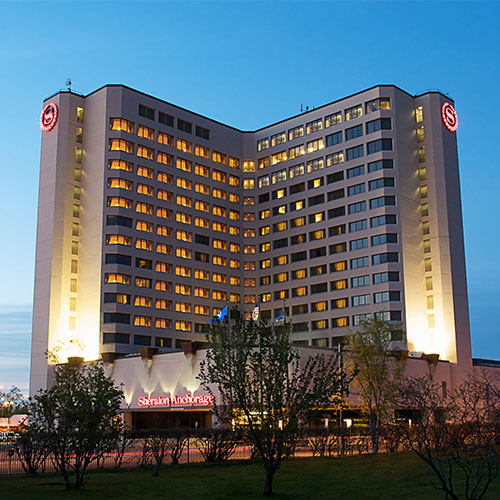 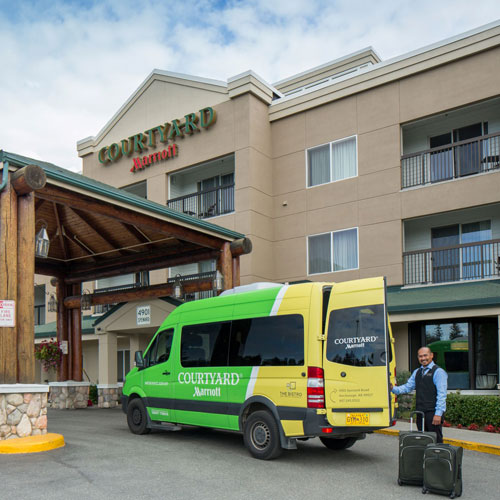 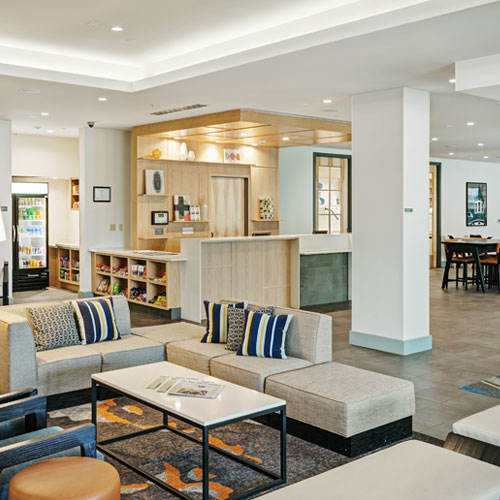