Filmed on Location: Baltimore Native John WatersBaltimore-area native John Waters has entertained, captivated and shocked audiences with his inimitably eccentric style of filmmaking since the 1960s. An actor, writer, journalist and visual artist as well as a filmmaker, Waters claims that his role models growing up were the Wicked Witch of the West and Captain Hook. By the age of 10, in awe of Howdy Doody, he was staging puppet shows in his suburban Baltimore neighborhood.

As he grew older, Waters began embracing both the highbrow art of serious directors Ingmar Bergman and Rainer Werner Fassbinder and the sleazy exploitation of low-budget filmmakers like William Castle and Herschell Gordon Lewis. He also was entranced by artists and visionaries as disparate as Walt Disney, Andy Warhol, Ed Wood and Russ Meyer. Waters began melding this stew of influences into a singular artistic vision. His first film, “Hag in a Black Leather Jacket,” was shot with an 8mm camera in 1964, when he was just 18.

Waters went on to found a troupe of local actors called the Dreamlanders. One of them was childhood friend Harris Glenn Milstead, aka Divine, who starred in several early Waters productions. Shot on shoestring budgets and often featuring Dreamlanders members Mink Stole, Edith Massey and Mary Vivian Pearce in different roles, these films—“Mondo Trasho,” “Multiple Maniacs” and three that Waters dubbed the “Trash Trilogy” (“Pink Flamingos,” “Female Trouble” and “Desperate Living”)—were independent efforts that glorified bad taste, broke taboos and pushed hard at the boundaries of what was considered acceptable. The notorious “Pink Flamingos,” released in 1972, in particular became a cult sensation and played midnight movie festivals for years.

In 1981 Waters began edging toward the mainstream with the release of “Polyester,” notable for its gimmicky use of Odorama, a series of scratch-and-sniff cards meant to be utilized by audience members at key moments. His biggest mainstream success came in 1988 with “Hairspray,” which introduced Ricki Lake and was the last starring role for Divine, who died that same year. It was adapted into a Tony Award-winning Broadway musical in 2002. The 2007 movie adaptation of the musical—based on Waters' original film and starring John Travolta in the Divine role as Edna Turnblad—was a bigger box-office hit than any of his 16 films to date.

But Waters put Baltimore on the cinematic map in a big, albeit quirky, way. All of his films have been filmed on location, and the city's streets and neighborhoods as well as the themes of 1950s and '60s Americana and suburban lifestyles have provided him with both inspiration and vital story lines. The city's Hampden neighborhood, where Waters still resides much of the time, received screen time in “Pink Flamingos,” “Hairspray” and “Pecker,” and he premiered several of his films locally at the Senator and Charles theaters.

Mainstream stars like Tab Hunter, Kathleen Turner and Johnny Depp have appeared in his movies, and the dapper Waters, with his trademark pencil-thin moustache, remains a celebrity himself, making the talk show and late night TV rounds. In addition to writing an autobiography, “Shock Value,” he's toured in a one-man show, had his photo-based art installations exhibited internationally and is a board member of the Maryland Film Festival. 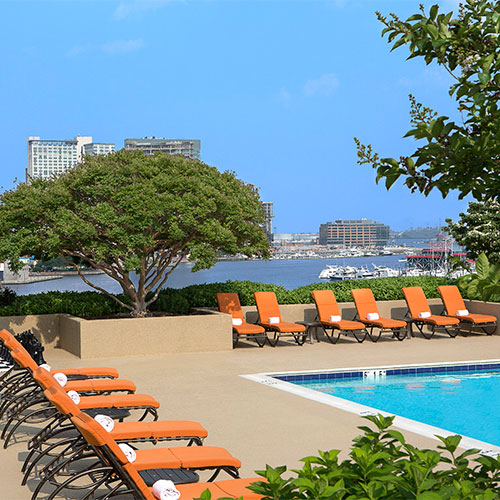