About BurlingtonBuilt on the terraced slopes of Lake Champlain, Burlington is the largest city in Vermont and is an important industrial, retail and educational center. It is the headquarters of navigation on the lake and a principal port of air entry on the United States-Canada border.

The area first was settled in 1775, but most of its inhabitants left with the onset of the American Revolution, and settlement did not resume until after the war. Revolutionist Ethan Allen tended a farm north of the city and is buried in Greenmount Cemetery on Colchester Avenue. The Ethan Allen Monument, a 35-foot-tall Doric column topped with an 8-foot-tall statue of the patriot, marks the site of his grave.

The city's oldest section is along Battery Street near the lakefront. Explore other historic areas including Pearl, South Willard and Church streets, the University Green and City Hall Park. Church Street Marketplace, a five-block pedestrian mall, is in the historic district.

On the upper level of town is the University of Vermont, founded in 1791. Champlain College, established in 1878 as the Burlington Collegiate Institute but renamed in 1958, spreads out along S. Willard Street in the city's Hill Section, within walking distance of downtown. Some dormitories occupy handsomely renovated Victorian-era mansions. Free campus tours of Champlain College are available; phone (802) 860-2727 for reservation information.

Burlington is at the end of the scenic portion of two highways: I-89, which runs 95 miles southeast to White River Junction, and SR 7, which runs south to Middlebury.

You’ll be tapping your toes at the Discover Jazz Festival , a 10-day event that kicks off summer in Burlington. In early June, more than 100 performances by local talent and international jazz legends take place at intimate venues, parks, restaurants and the Church Street Marketplace. Plus, classes, films, meet-the-artist sessions and workshops offer festivalgoers greater insight into this enduring American art form.

ShoppingShops at CityPlace Burlington, I-89 exit 14W, features some 10 stores, including L.L. Bean and PacSun.

Things to Do Battery Park 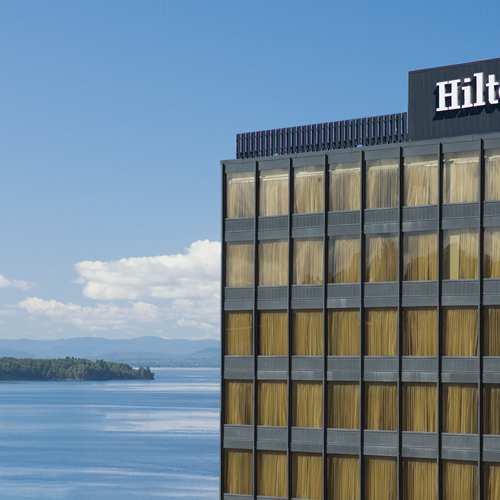