About CharlottetownSettled as a French fortified post called Port La Joye in 1720, Charlottetown was named after Queen Charlotte, consort to George III, after Prince Edward Island was ceded to Britain. In 1764 it became the capital of the province, a position it retains. In 1864 the Fathers of Confederation convened in the town to consider a political-economic union that resulted in the formation of Canada 3 years later.

Presently Charlottetown is a commercial and educational center. Despite its 21st-century character, the city still evokes the feeling of a colonial seaport. Quaint sections include Great George Street and Peake's Wharf, a restored waterfront area now housing craft shops, boutiques, restaurants, a hotel and a convention center.

Charlottetown owes much of its charm to William and Robert Harris, brothers who were major creative forces both on the island and in Canada during the late 1800s and early 1900s. Robert, the painter, is noted for his portrayal of the 1864 Confederation meetings; William, the architect, is known for his Gothic-style churches, public buildings and houses. The combined efforts of the brothers can be seen in the All Souls' Chapel of St. Peter's Cathedral.

The Charlottetown Festival is held at the Confederation Centre of the Arts from early June to early October. The festival features such original Canadian musical productions as “Anne of Green Gables—The Musical.” Other productions also are performed on the Mainstage and in other theaters. The PEI International Shellfish Festival, held in mid-September, is a celebration of the island’s shellfish industry bringing together great food, music and cooking competitions.

Self-guiding ToursWalking tours with a historical focus, including waterfront and Victoria Park walks, are described in free brochures and maps available at the Charlottetown Visitor Information Centre at 6 Prince St. A more ambitious tour is the 177-kilometre (110-mi.) Blue Heron Scenic Drive, which begins and ends in Charlottetown and encircles all of Queens County.

ShoppingThe Charlottetown Mall on University Avenue features numerous shops. The Confederation Court Mall, downtown on Kent Street, offers shopping opportunities in its more than 50 stores. Craft, gift and specialty shops at Peake's Wharf on the waterfront are open May through October.

Confederation Centre of the Arts 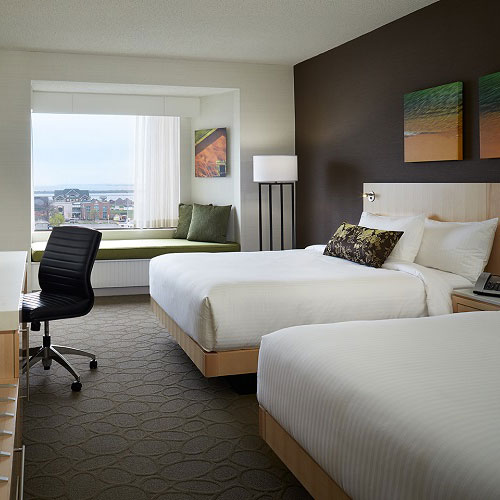 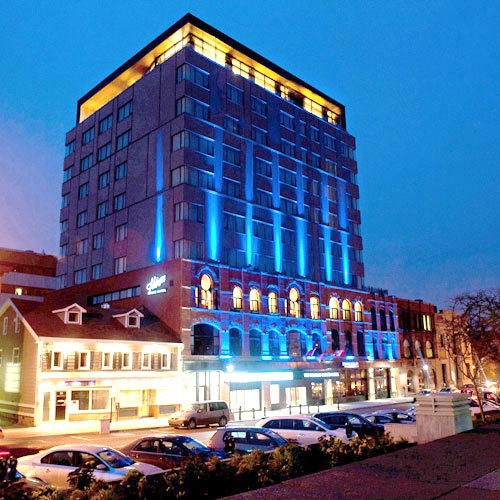