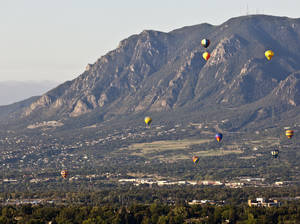 About CheyenneCheyenne was named for the tribe of Plains Native Americans that once roamed southeastern Wyoming. In 1867 Union Pacific Railroad chief engineer Maj. Gen. Grenville M. Dodge built a depot on the site, situated at the junction of several roads leading to military camps.

Before the track even reached town, it was overrun by gamblers, cowboys, speculators, shopkeepers and real estate salesmen, thus earning Cheyenne the nickname “Hell on Wheels.” The town's reputation was so widespread that in 1868 a resident received a letter from Pennsylvania addressed simply “Cheyenne.”

By 1869 Cheyenne had outgrown some of its cow-town adolescence to assume the more mature stature of territorial capital, an honor it retained when Wyoming became the 44th state in 1890.

Noted town residents include Nellie Tayloe Ross, the first woman governor in the United States; and Esther Morris, a pioneer for women's suffrage in Wyoming and former justice of the peace of South Pass City. A statue honoring Morris is on Capitol Avenue. The Cowgirls of the West Museum , 205 W. 17th St., preserves the role of women in Western culture with exhibits of rodeo and ranching memorabilia including saddles, photographs and clothing; phone (307) 638-4994.

“Big Boy,” one of the world's largest steam locomotives, is on permanent display in Holliday Park.

Since it was established in 1867 as a headquarters for the cavalry troops protecting pioneers and railroad construction workers, F.E. Warren Air Force Base has served various branches of the military, including the nation's first intercontinental ballistic missile group.

Happy Jack Road (SR 210) is a 38-mile scenic byway to Laramie that runs from rolling grasslands to the rocky foothills of the Pole Mountain Division of Medicine Bow National Forest. Equally interesting is a trip to Snowy Range, a region of fishing streams and mountain lakes.

In July Cheyenne Frontier Days recaptures the city's Wild West heritage with horse races, parades, nightly entertainment and what is claimed to be the world's largest outdoor rodeo.

ShoppingFrontier Mall, 1400 Dell Range Blvd., has more than 50 stores including Dillard's and JCPenney.

Things to Do Cheyenne Botanic Gardens

The Nelson Museum of the West 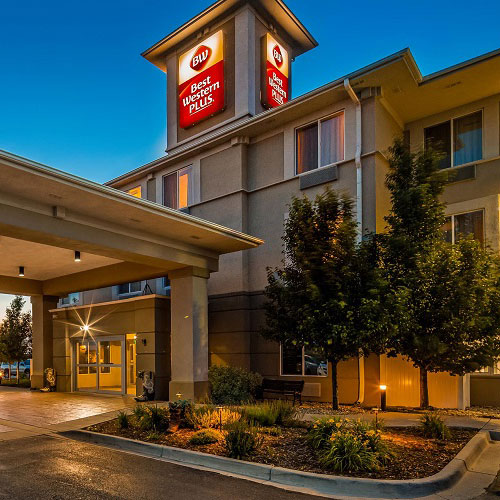