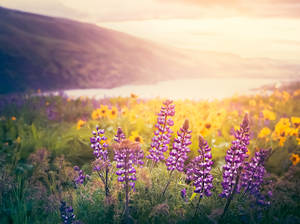 About DouglasKnown as Tent Town at its founding in 1886, Douglas served as a supply post for cattlemen and a distribution point for railroad consignments. The town's history is typical of the colorful, brawling days when cavalrymen, cowboys and railroad crews were opening the West, but in contrast to many other towns, few killings were recorded.

One of the town's rowdiest characters was George Pike, a cowhand whose rustling habits were so well-known that the cattle companies decided to hire him so he would at least benefit his current employer. One company thought so highly of Pike that at his death it erected an expensive tombstone with the following inscription:

Underneath this stone in eternal rest, Sleeps the wildest one of the wayward west. He was a gambler and sport and cowboy, too, And he led the pace in an outlaw crew. He was sure on the trigger and staid to the end, But was never known to quit on a friend. In the relations of death all mankind's alike, But in life there was only one George Pike.

Douglas also is said to be the original home of the “jackalope,” a fanciful creation of Wyoming's taxidermists. Doubters are confronted with dozens of convincing mounted specimens of this animal—best described as a jackrabbit sporting antlers—displayed throughout the state. A 10-foot replica of the “hybrid” stands downtown in Centennial Jackalope Square at 3rd and Center streets and at the Douglas Area Chamber of Commerce, which is housed in a historic train depot.

The Wyoming State Fair, off I-25 adjacent to the town’s business district, occurs for 8 days in mid-August. Visitors can enjoy livestock and horticultural exhibits as well as a demolition derby and rodeos; for information phone (307) 358-2398.

Things to Do Ayres Natural Bridge