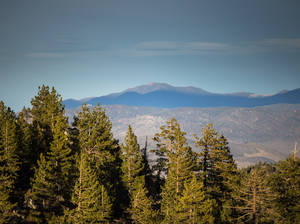 About GenoaFounded by one of the traders sent out by Brigham Young in 1849 and originally called Mormon Station, Genoa became the first permanent settlement in Nevada. In 1859 Nevada's first territorial legislature met in Genoa for a 9-day session that drafted a declaration of cause for separation from Utah Territory. Recognizing the value of the famed Comstock Lode in financing the Union's efforts in the Civil War, Congress established the Territory of Nevada in 1861.

Norwegian immigrant Jon Torsteinson-Rue, better known as Snowshoe Thompson, is buried in Genoa. From 1856 to 1876 Thompson made 90-mile treks over the rugged, snow-covered Sierra Nevada range to deliver mail between Genoa and Sacramento, Calif.

Things to Do Courthouse Museum Genoa