About LynchburgA ferry established by John Lynch in 1757 was the nucleus of the original settlement that became Lynchburg, laid out on 45 acres of Lynch's land. He built the region's first tobacco warehouse in 1785.

During the Civil War the city was a supply base for the Confederate Army. It was for the possession of these stores that the Battle of Lynchburg was fought June 18, 1864, when Union general David Hunter made an unsuccessful attempt to capture the city from Confederates commanded by Gen. Jubal A. Early. Throughout the Civil War Lynchburg served as a major hospital center.

Lynchburg has several 19th- and early 20th-century residential districts. Five hills in the “City of Seven Hills” are National Register Historic Districts. Court House Hill is home of Lynchburg Museum at the Old Courthouse (see attraction listing) and is named after the first courthouse built in 1813. Diamond and Garland hills represent the wealth of the tobacco era with magnificent residences of wealthy citizens. Federal Hill was Lynchburg's first suburb. On Daniel's Hill, Cabell Street is reminiscent of the Victorian elegance in the 1890s.

Discover Lynchburg's vital sense of its past and a growing contemporary energy in the culturally-rich neighborhoods and picturesque, strollable city. Explore 40 miles of urban trails and a riverfront downtown, as well as galleries and places of historical importance. In Hill City taste the local flavor as you take in views of the James River and wander through the historic neighborhoods.

Lynchburg salutes the James River in mid-June with the James River Batteau Festival. It kicks off an 8-day trek in which flat-bottomed boats, once used to transport tobacco and other goods, pole their way from Lynchburg to Richmond.

Lynchburg Museum at the Old Courthouse 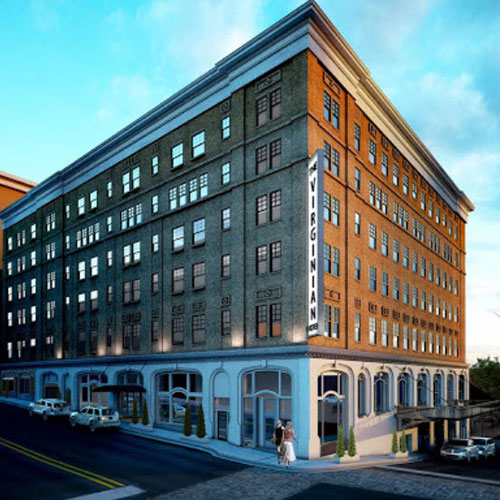