Today Wisconsin Dells justifiably bills itself as the “Waterpark Capital of the World,” but it's the town's beautiful setting that first drew—and continues to draw—millions of visitors here each year. Lakes, rivers, dim pine forests clinging to rugged hills and the Wisconsin River's distinctive water-sculpted sandstone bluffs still manage to lure travelers away from the roller coasters and indoor waterslides (at least temporarily) to commune with nature.

The Dells' stunning scenery can't be explained without a brief detour back in time 15,000 years to the last Ice Age when advancing and retreating glaciers covered most of Wisconsin. Not only did those massive ice sheets periodically release catastrophic floods of meltwater such as the one that carved out the Wisconsin Dells, they also scraped across the countryside depositing great rock-pile dams into an ancient valley, which created Devil's Lake, the area's other spectacular feature, the centerpiece of 10,000-acre Devil's Lake State Park.

Nestled in the Baraboo Hills a couple miles south of Baraboo, Devil's Lake, Wisconsin's most visited state park, has 30 miles of hiking trails (maps are available at the park's two visitor centers) including a portion of the 1,000-mile-long Ice Age National Scenic Trail that twists and turns across the state roughly following the extreme edge of the glaciers that once covered the region. The East Bluff Trail begins at a parking lot near the North Shore Visitor Center and gradually ascends 500-feet up along the bluff's edge offering fantastic views of the lake framed by pine trees.

Heaps of quartzite boulders are everywhere, and near the lake's southeast corner, a looping path diverging from the East Bluff Trail leads to a huge, precarious-seeming jumble of rocks forming a rough arch called the Devil's Doorway. Not far away, a short but more challenging trail leads down to aptly named Balanced Rock. Visitors have been scribbling “wish you were here” on the backs of postcards showing these two formations since the 19th century.

Of course you're most likely to encounter crowds at the park during warm-weather months when folks can use the spring-fed lake's sandy beaches at its northern and southern ends, which together are more than 3,000 feet long. Although bathhouses provide convenient changing areas, no lifeguards are posted, so swim at your own risk.

You'll find boat launches at either end of the 360-acre lake as well, and you can rent canoes and rowboats at the north shore's historic chateau building. Gasoline powered engines aren't allowed (which creates a nice wake-free environment for rowers and paddlers), but slow-speed electric trolling motors are.

Anglers casting from boats or the shore primarily catch brown trout, bass, walleye and northern pike although a variety of other species inhabit the lake as well. Anyone over 16 needs to buy a fishing license (available at local bait shops and sporting goods stores), and an additional stamp is necessary if you plan to catch trout.

Three public campgrounds at Devil's Lake State Park— Ice Age Campground , Northern Lights Campground and Quartzite Campground —provide more than 400 campsites, although none are near the lakeshore. These sites are popular, so be sure to make reservations several months in advance. Northern Lights and Ice Age campgrounds are closed roughly October through March, but a few sites are available at Quartzite Campground throughout the year. You'll find picnic areas on both ends of the lake, and if you're concerned about inclement weather, you can reserve one of the park's five shelters (three open-air, two enclosed).

You can pedal along 8 miles of unpaved trails—including portions of the Ice Age National Scenic Trail—that the park has designated for both hiking and biking, and if off-roading isn't your thing, then you can ride for miles along the paved roads connecting the three campgrounds or take a spin along the 2-mile-long bicycle trail connecting the park with Baraboo. And since outcroppings of quartzite of all sorts of shapes and sizes characterize the park's topography, you shouldn't be surprised to see rock climbers from all over the Midwest testing their skills against the sheer rock walls within the park's boundaries.

If you time your visit just right—typically during the first 2 weeks in October—you might catch a spectacular display of fall color as the park's maple, birch, oak and hickory trees prepare for winter. And while the snowy months have less to offer visitors, the park continues to operate, grooming 17 miles of cross-country ski trails with loops geared to different skill levels. Hikers aren't permitted on ski trails in winter, but they are free to tromp along the park's other trails—at their own risk. Likewise, ice fishing is popular, but the park doesn't monitor ice thickness, so fishermen and women will have to gauge the safety of the frozen lake surface for themselves.

You can also fish through the ice at nearby Mirror Lake State Park , a 137-acre artificial lake created by a dam on Dell Creek, which flows into Lake Delton. Named for its placid water, Mirror Lake is less than 7 miles away from downtown Wisconsin Dells, and its 50-foot-high sandstone bluffs are reminiscent of those along the Wisconsin River.

Hiking trails carpeted with pine needles follow the bluffs and wind through pine and oak forest within the 2,200-acre park's boundaries. The 1-mile Echo Rock Trail leads to an overlook from which you can spy the rustic log walls of the historic Ishnala Restaurant, which is tucked in among the pines on the opposite side of a small inlet.

In winter, more than 17 miles of the park's trails are groomed for cross-country skiing and the park even has a snow-shoe trail that stretches for more than a mile. You can bike off-road on the 19 miles of trails south of the park's Fern Dell Road. Just remember that biking isn't permitted on trails north of Fern Dell, and a trail pass is required.

A sandy beach is a perfect place to swim and sun yourself and it's next to one of the park's three picnic areas, all of which have grills. A concession building near the boat landing rents canoes, kayaks, pontoon boats and bicycles.

When it's time for bed, you needn't exit Mirror Lake State Park to look for a hotel room. There are more than 150 campsites within the park's three campgrounds: Bluewater Bay, Cliffwood and Sandstone Ridge. There's also a wheelchair accessible cabin and, overlooking the lake, a carefully restored rental cottage designed by Frank Lloyd Wright in 1958; the Seth Peterson Cottage was one of the last commissioned projects he completed before his death the following year. 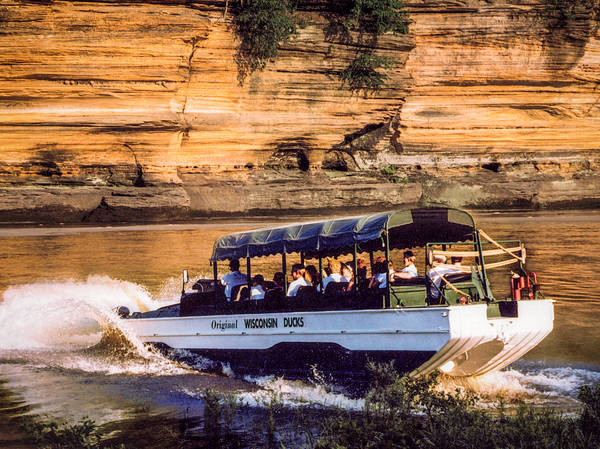 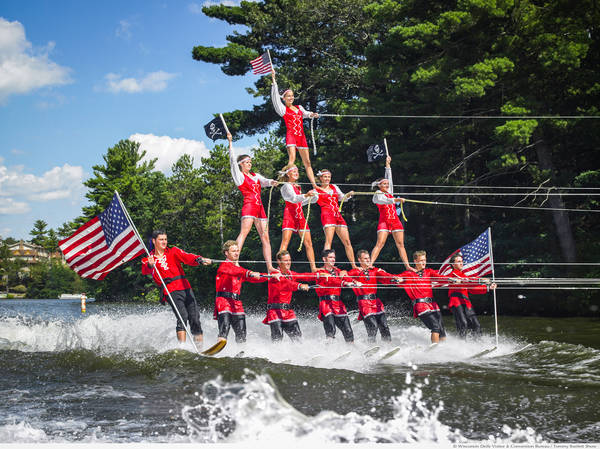 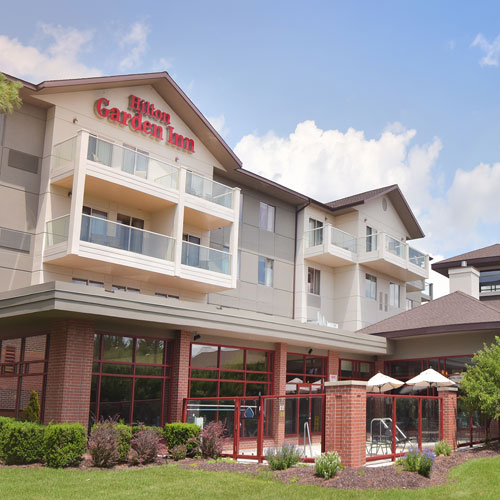 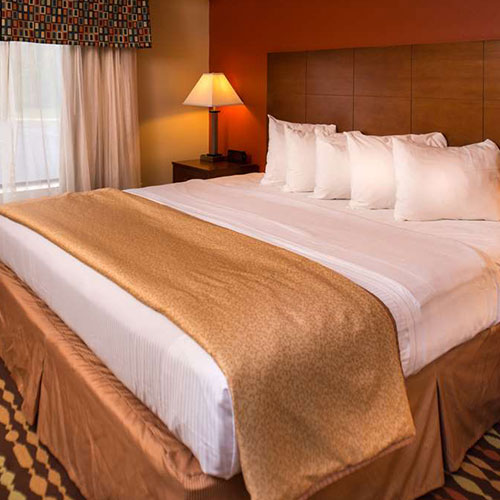