About Worcester“The Heart of the Commonwealth” and the third largest city in New England, Worcester, or “The City of Seven Hills,” not only is centrally located in the state but also serves as a commercial, industrial and cultural center.

Such performers as Enrico Caruso, Ella Fitzgerald, Yo-Yo Ma, Itzhak Perlman and Mel Tormé have entertained audiences at Mechanics Hall, 321 Main St. Completed in 1857, it remains among the nation's most esteemed arenas for concerts and other popular social events. Tours of the Victorian-style building, which was extensively restored in 1977, are available by appointment. Phone (508) 752-5608 for general information.

Besides offering dramatic, musical and civic events, the city shelters several institutions of higher learning, including Clark University and Worcester State University, both of which were founded here in the 19th century. Born in Worcester in 1882, the father of U.S. rocketry, Dr. Robert H. Goddard, received his doctorate at Clark University. He fired his first rocket in nearby Auburn.

Things to Do American Antiquarian Society 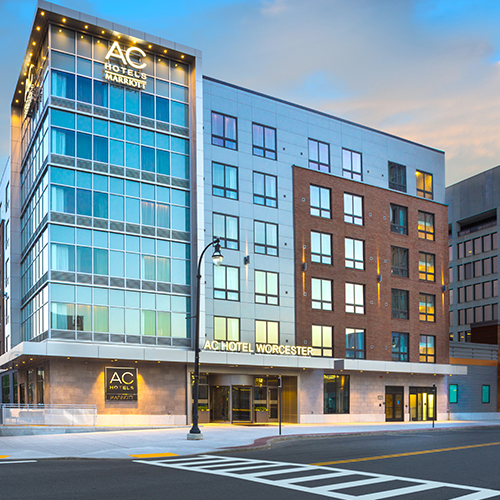