On March 1, 1872, Yellowstone became the world’s first national park. With Yellowstone turning 150 this year, expect bigger than normal crowds enjoying the park’s fascinating hydrothermal features and geological wonders. It’s not just the landscape that draws in over 4 million visitors a year. Yellowstone has been called “The Serengeti of North America” because of its abundant wildlife. The Greater Yellowstone Ecosystem is one of the largest nearly intact natural ecosystems on earth. Having visited Yellowstone multiple times, I’ve learned a few tricks to avoid crowds and asked a couple of locals to share their favorite spots in this national park that spans 2.2 million acres.

Note: At press time, record flooding has affected access and amenities in Yellowstone National Park, particularly in the park's northern region, as well as surrounding areas; phone ahead. 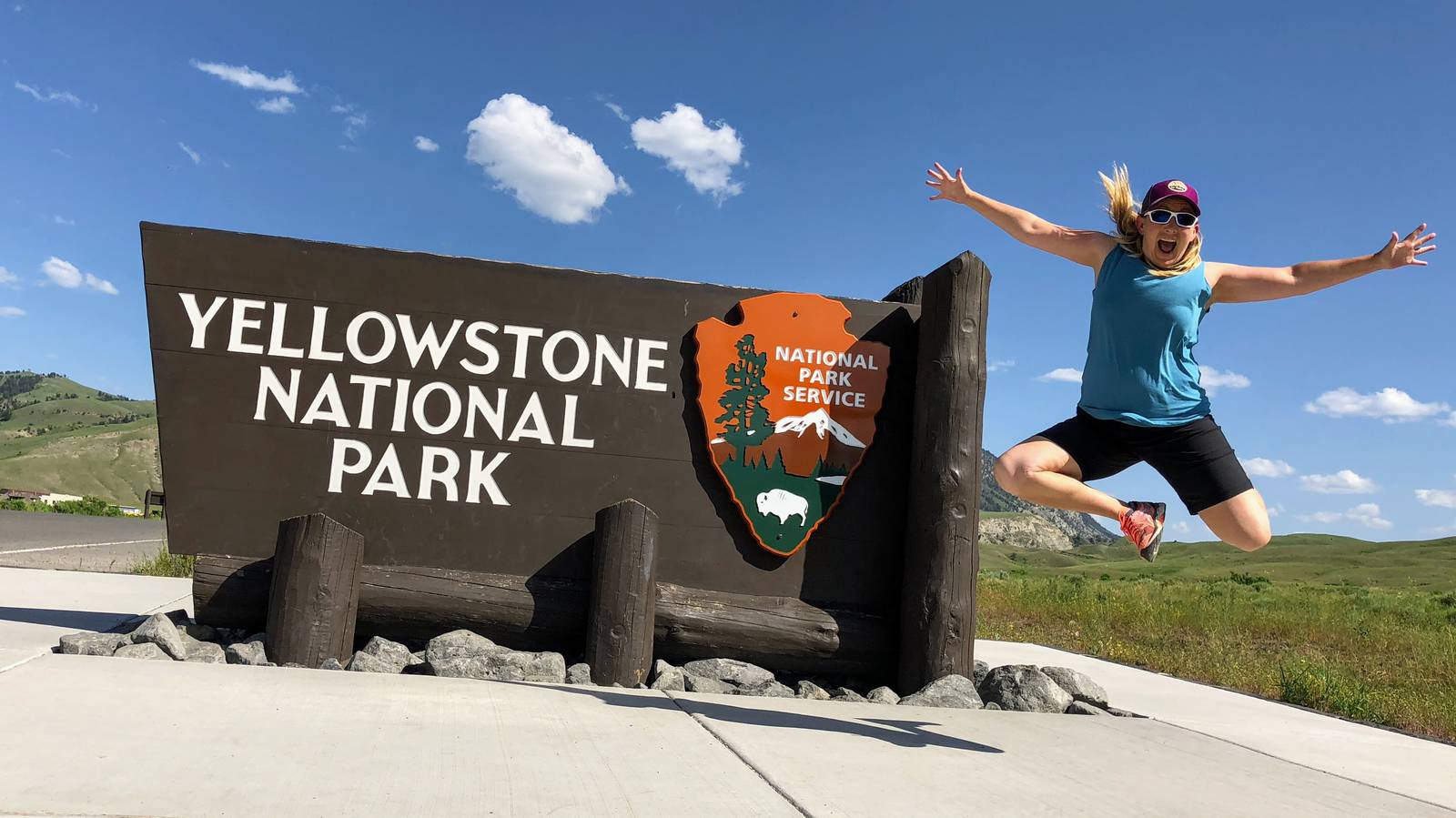 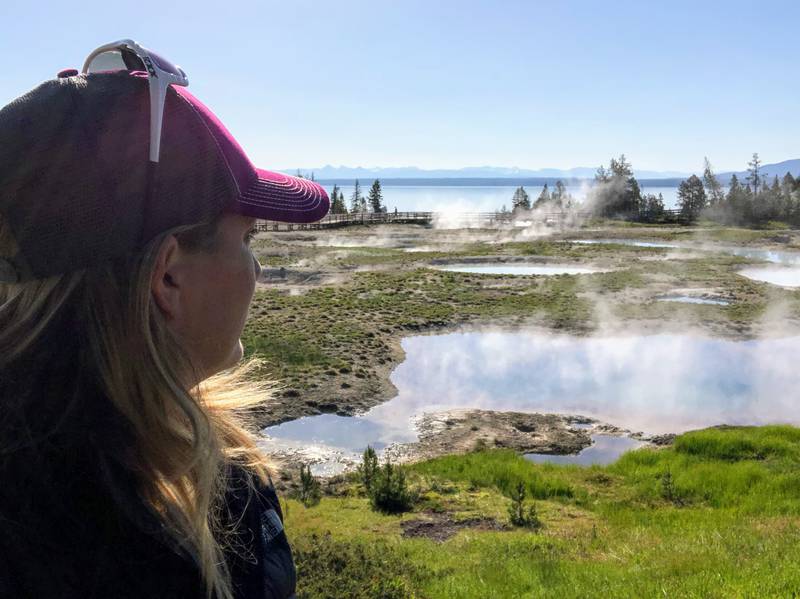 Know Before You Go

Research and book before you hit the road. Two things I do before visiting Yellowstone (or any national park) are to explore the park’s website and in the free National Park Service app. Alerts like road closures are posted in both. In the app, I save a park for offline use since cell service can be sketchy. Book accommodations, excursions, tours, and restaurants in advance. When booking, weekdays, especially midweek, are usually less busy than weekends. The busiest months in Yellowstone are July and August. July 2021 was Yellowstone’s single busiest month ever with over one million visitors. 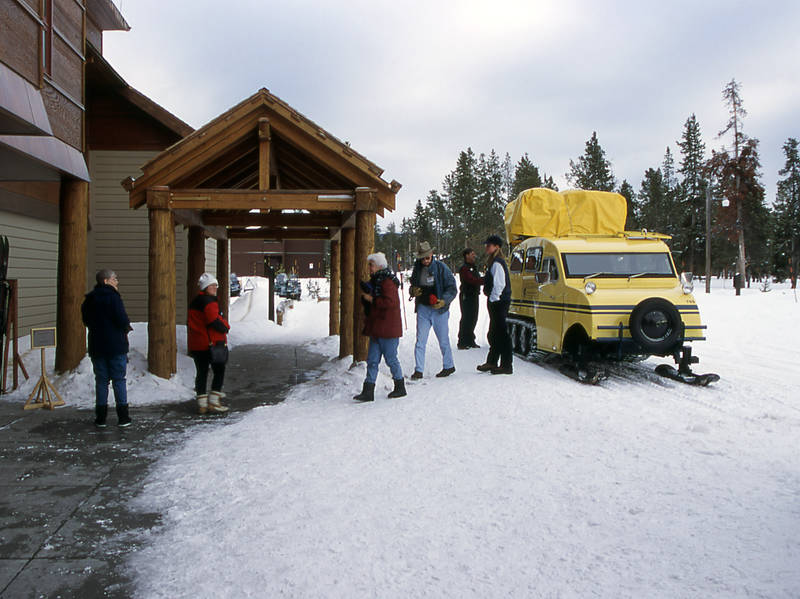 Ask a Ranger or Local

I always pop into the visitor center to ask a ranger their favorite hike or area. Asking locals in coffee shops and servers in restaurants in small towns near national parks has resulting in some great finds too. Wildlife photographer and former Yellowstone horse ranger Bob Richard told me, “Bechler is one of my favorite places in Yellowstone along with Canyon to Tower.” In the southwest corner of Yellowstone, Bechler-Falls River basin is filled with rivers, streams, and lakes. It’s excellent for hiking, fishing, and backcountry camping. Cascade Corner is a must for waterfall fans. Canyon to Tower-Roosevelt is part of Yellowstone’s uber scenic Grand Loop Road. 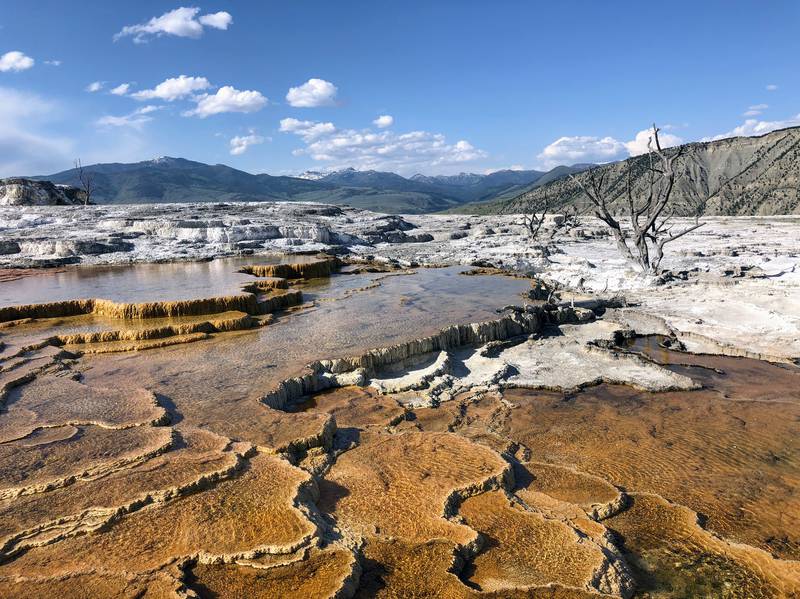 Stay Where You Play

Even in peak summer season, it’s possible to avoid crowds. The trick is to be either an early bird or late afternoon adventurer. Yellowstone is normally busiest from 9 a.m. to 3 p.m., and the stretch between Yellowstone’s West Entrance to Old Faithful usually has the most traffic. Rick Hoeninghausen, Director of Sales & Marketing for Yellowstone National Park Lodges told me, “Day trippers typically start entering the park around mid-morning. Staying in the park allows guests to get a head start. Midday, Yellowstone Lake is a lot less busy than Grand Canyon of the Yellowstone or Old Faithful areas. Plan a picnic lunch on the east side of the park while everyone else is visiting the more popular spots. It’s hard to beat a lunch outdoors in Yellowstone!” After spending a night in Grant Village, my friend Adeina and I visited West Thumb Geyser Basin on the shoreline of Yellowstone Lake and found the deer outnumbered people in the early morning. We also got the jaw dropping landscape of Grand Canyon of the Yellowstone with very little crowds during sunset’s golden hour when tour buses are long gone. Sunrise and sunset are also prime times to get the boardwalks at Mammoth Hot Springs without droves of people. 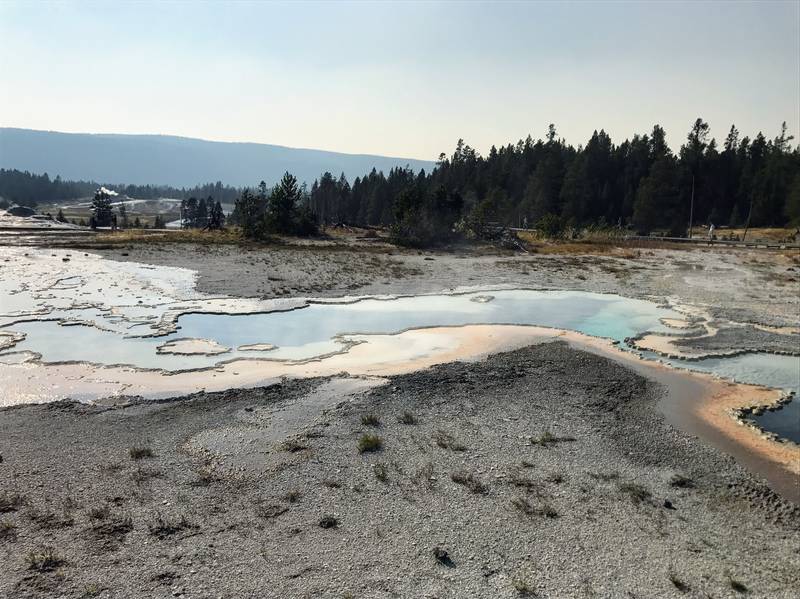 Yellowstone is home to over 10,000 hydrothermal sites and half of the world’s active geysers. Most of those geysers are in the Upper Geyser Basin, including Old Faithful which erupts about every 90 minutes. Crowds at Old Faithful are inevitable but typically less early morning and late day. After my first time to see Old Faithful, I quickly lost the crowds as I wandered along boardwalks in Upper Geyser Basin to see some of the other geysers like Solitary, Grand and Castle. My favorite geyser is in the Norris Geyser Basin. On the short walk to this highly unpredictable geyser, you pass Emerald Spring, a 27-foot-deep pool with a green hue because the pool is lined with yellow sulfur deposits. Steamboat is the world’s tallest active geyser shooting water over 300 feet when it erupts every 4 days to every 50 years. If you witness a major eruption, which can last over 40 minutes, you’ve hit the geyser jackpot. Even its minor eruptions are spectacular as Steamboat spews water 6 to 40 feet. 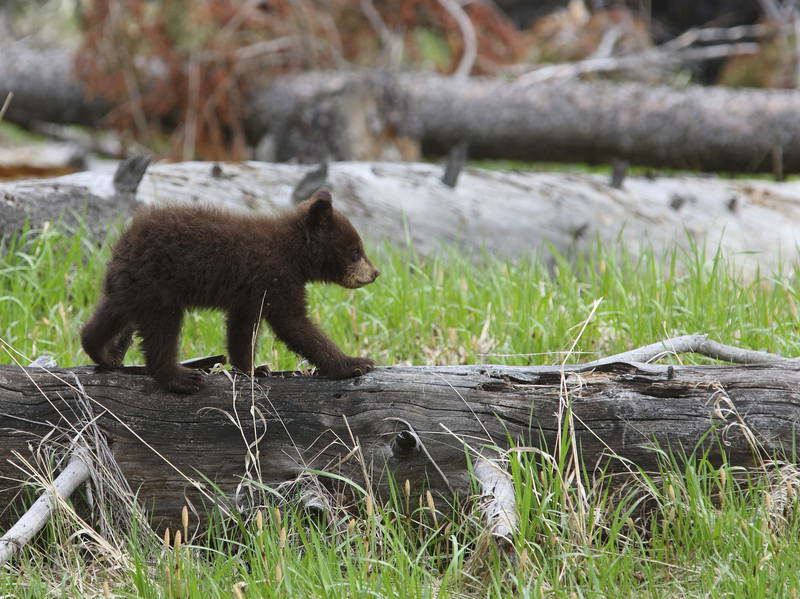 Watch for Wildlife at Dawn or Dusk

Wildlife is most active in the early mornings and evenings. Hayden Valley is in the heart of Yellowstone and offers epic wildlife viewing. It’s one of the best places to see bison, especially during the rut. The highest concentration of wildlife is on the north side of Yellowstone with Lamar Valley a prime place. It’s where wolves were reintroduced into the park in 1995. While they aren’t easy to see in the summer, other animals like bison, elk, moose, pronghorn, deer, bald and golden eagles, and even bears are frequently spotted in Lamar Valley. Around Mammoth Springs and the 45th parallel to the North Entrance in Gardiner, Montana, deer and elk are usually roaming in the early evenings. Founded in 1880, Gardiner is where you’ll find the Roosevelt Arch built in 1903 as the first major entrance into Yellowstone. 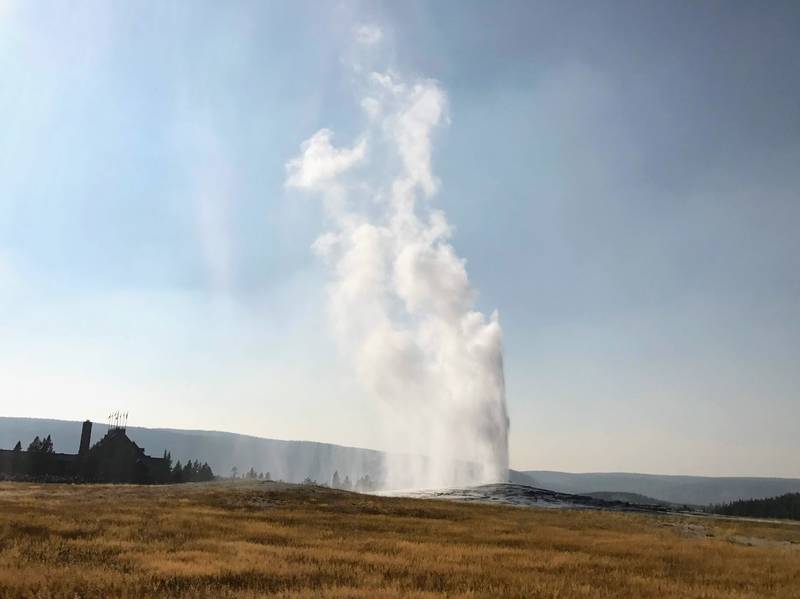 Go Where the Crowds Don't Go

If you’re willing to log some miles, you can get geysers, springs, and waterfalls to yourself. For a half day adventure, hike to Lone Star Geyser. For a heartier hike, trek another 8.5 miles to Shoshone Geyser in the park’s largest backcountry geyser basin. If you love hiking to a waterfall, go through a lodgepole pine forest to the beautiful 200-foot Fairy Falls. It’s 5.4 miles round trip or add another 1.2 miles and see Spray and Imperial Geysers. For an incredible view of Yellowstone’s most spectacular spring, hike 0.6 miles (1.2 miles round trip) from Fairy Falls trailhead to Grand Prismatic Overlook. It’s a more solitary alternative to walking the boardwalk around Grand Prismatic. If you don’t want to venture too far out into the wild, Rick Hoeninghausen shared with me his strategy and said, “Being someone who loves water, I am drawn to rivers and lakes for solitude. Yellowstone Lake has 141 miles of shoreline. While not all of it is easily accessible, there is ample shoreline to find a solitary place to sit and reflect. I also find a lot of river banks not too far from pullouts where I can sit and not see a soul. I often bring camp chair along with me.” Sitting at 7,733 feet, Yellowstone Lake is North America’s largest alpine lake. 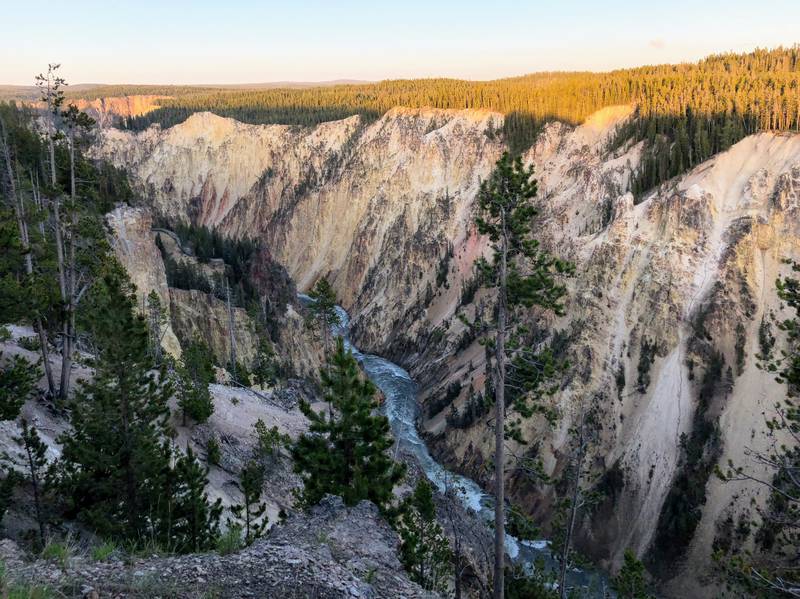 Take Your Turn in the Park & Then Explore the Region

Including Yellowstone National Park, there’s 7,000 square miles to roam in Cody Yellowstone. Explore the region around the national park for activities from golfing to ATVing. Some of the best ATVing in the region takes you to the ghost town of Kirwin near Cody. Aviation pioneer Amelia Earhart was in the process of having a cabin built in the area when she disappeared. National forests, state parks, and other federal lands next to or near popular national parks are great for hiking, biking, and camping without crowds. For hikers wanting solitude, moderately strenuous Sheep Mountain Trail is a great escape. Ancient Shoshone Indians wintered on Sheep Mountain. Meander along a river one of the Shoshone River Trails and you might not see anyone else. For a relaxing stroll and picnicking enjoy time along Sweetwater Creek at Wapiti Campground River Crossing. 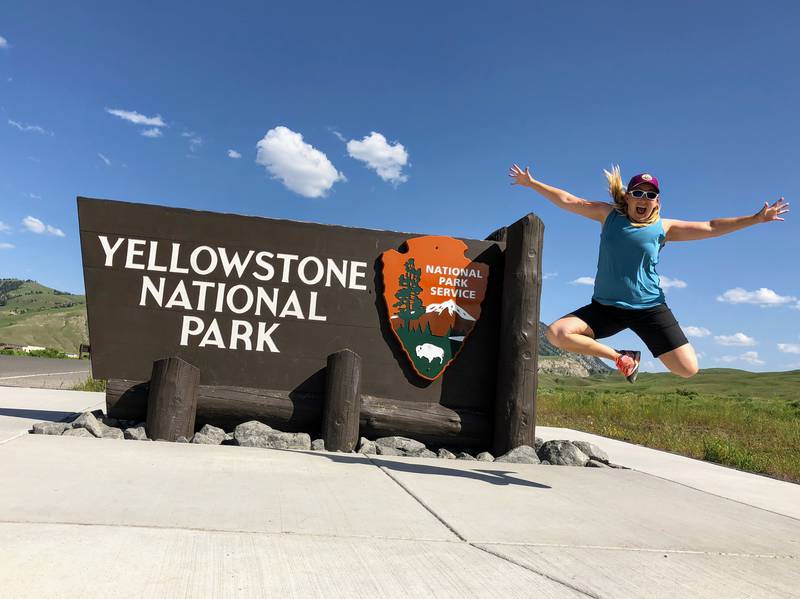 Giddy up to Cody for Wild West Fun

Theodore Roosevelt described the road between Yellowstone’s East Entrance and Cody as “the most scenic fifty miles in the world.” Stop in at Pahaska Tepee Resort to see Buffalo Bill’s Original 1904 lodge. Keep an eye out for bighorn sheep, elk, and deer on Buffalo Bill Scenic Byway. Just west of Cody, step back at Old Trail Town. It’s the original town site laid out by William F. “Buffalo Bill” Cody in 1895. There’s cabins and buildings from the 1890s in this frontier town, including a “Hole in the Wall” cabin where Butch Cassidy, the Sundance Kid, and other outlaws would meet in the Bighorn Mountains. In town, Buffalo Bill Center of the West houses five world class museums under one roof. It’s a must for history buffs wanting to learn more about westward expansion and the Yellowstone region. Cody is called the Rodeo Capital of the World. You can watch professional cowboys and cowgirls at the Cody Stampede, the longest running nightly summer season rodeo in the country. There’s a plethora of guest and dude ranches where you can enjoy authentic Western experiences. Saunter through historic downtown Cody with buildings dating back to the early 1900s. Stop in The Irma’s Silver Saddle Saloon to see the cherrywood back bar that was a gift to Buffalo Bill from England’s Queen Victoria. You can also devour delicious cowboy cuisine at Proud Cut Saloon. If you’re an Ernest Hemingway fan, stay at the historic Chamberlin Inn. After an adventurous day, I relaxed in their conservatory sipping Hemingway’s favorite cocktail Death in the Afternoon before I retreated to their garden cottage. Their courtyard is a wonderful oasis too.

As hard as it is not to jam pack your time in Yellowstone, try to leave some open space to explore something you find out about during your trip. Have a schedule, but be flexible to change on fly in case you want extra time somewhere. Remember geysers don’t always go off exactly on schedule and wildlife don’t appear on cue. You need to allot some time to sit, wait and watch. 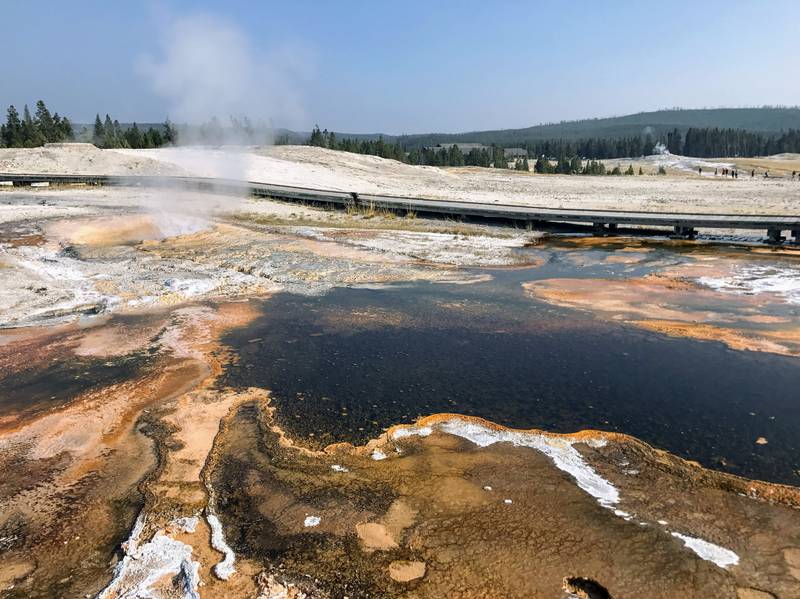 If seeking solitude is paramount on your trip to Yellowstone National Park, go in winter. Peak visitation to the park is May-September. Less than 5 percent of visitors go in winter. During my two-day tour with Gary Fales Outfitting out of Cody, winter quickly became my favorite time of year in Yellowstone. The snow makes it easier to spot wildlife like bison, coyotes and foxes. If you’re lucky, you might even see wolves or perhaps the rare and elusive wolverine. Most of the park is closed to automobile traffic in winter making the season of snow and steam the best time for solitude in the world’s first national park. 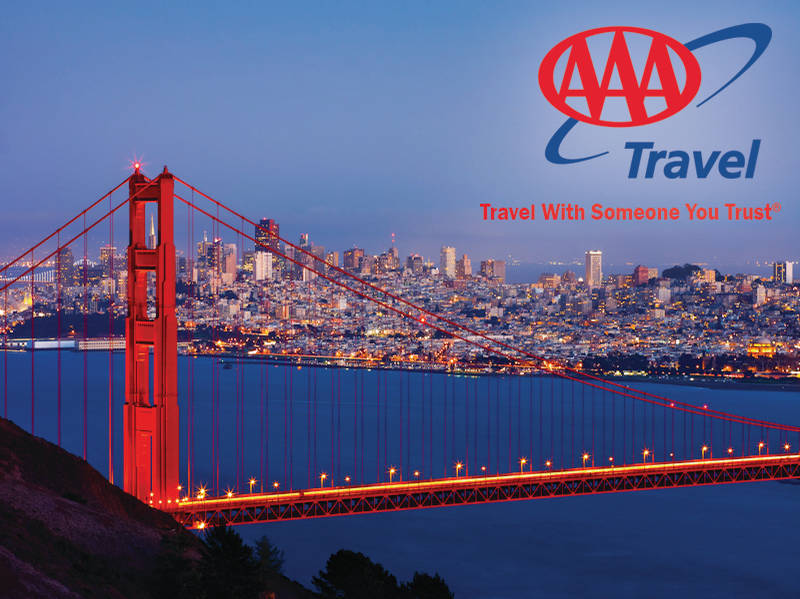 Start Your Next Trip with AAA

AAA Travel provides peace of mind when you travel — before, during and after your vacation! Members enjoy the advantages of membership including exclusive benefits, savings, map routing and travel planning, plus additional travel needs such as AAA Travel Guides, TourBook® guides, passport photos, International Driving Permits and travel insurance. Your next vacation starts with AAA — your complete travel solution. Visit AAA.com/Travel.