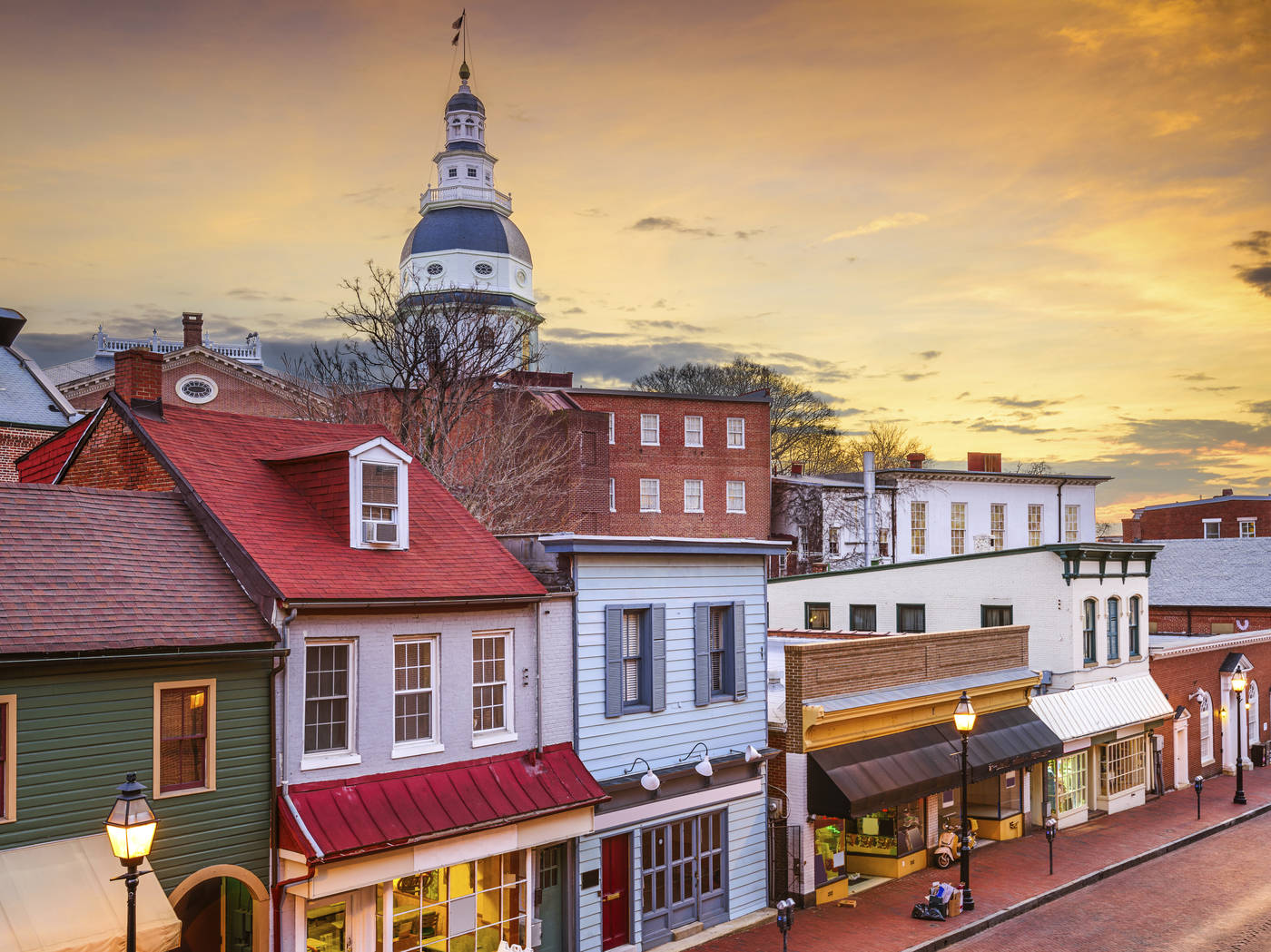 About Annapolis Annapolis' roots hark back to 1649 when a group of Puritan families from Virginia established the settlement of Providence on the north bank of the Severn River. Within a year a new county named after Lady Anne Arundel, the late wife of Cecil Calvert, the second Lord of Baltimore, was established. By 1684 Anne Arundel Town was laid out on 100 acres across the Severn from Providence and by 1694 the first royal assembly meeting under Governor Sir Francis Nicholson designated the settlement on the south side of the river the new capital, which was renamed Annapolis in 1695 in honor of Princess Anne, King James II's daughter and future queen of England.

The charter of 1708 makes Annapolis one of the oldest cities in the country. In 1783 and 1784 Congress assembled in Annapolis, making it the first peacetime capital of the United States. 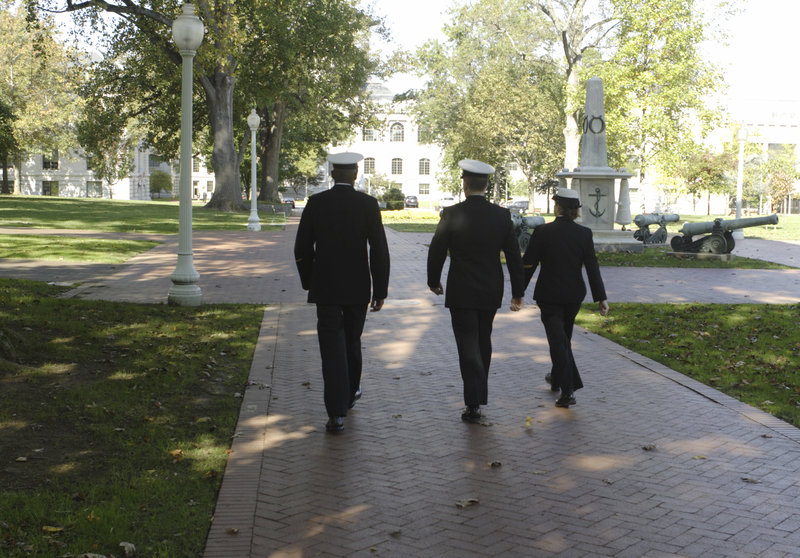 AAA/iStockphoto.com
The U.S. Naval Academy was established in Annapolis at the Army's Fort Severn in 1845. Attention focuses on the academy and city in late May during Commissioning Week, when members of the graduating class become naval officers. 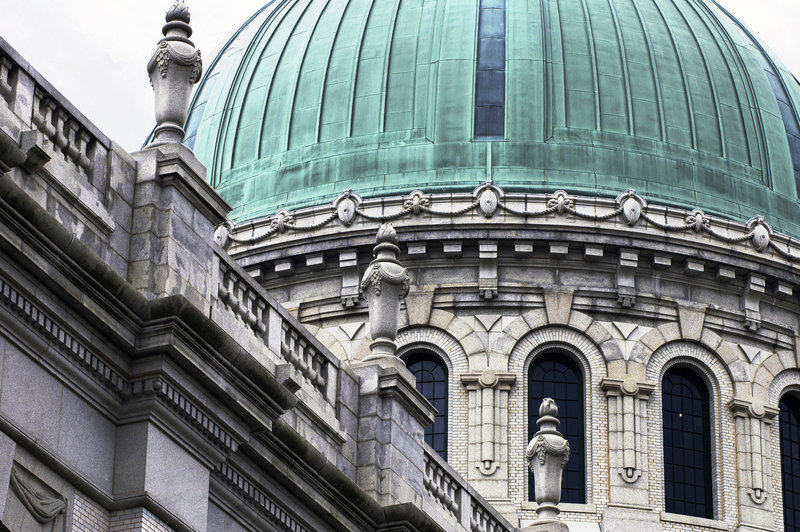 AAA/iStockphoto.com
In addition to its identity as a Navy center, Annapolis is distinguished by its architecture—altogether, 1,300 buildings from 15 different architectural styles earn Annapolis the title “A museum without walls.” The city has the highest concentration of 18th-century Georgian-style buildings in the nation, including the homes of all four Maryland signers of the Declaration of Independence. Three of the four are open to the public: the Charles Carroll House, the Chase-Lloyd House, and the William Paca House and Garden .

The Charles Carroll House , 107 Duke of Gloucester St. behind St. Mary's Church, belonged to Carroll, one of the wealthiest men in early America and the only Catholic to sign the Declaration of Independence. Charles' grandfather built a frame house on the site, and then Charles' father built a larger brick house which joined both structures. Eventually Charles enlarged the brick house, and now only that portion remains. An 18th-century terraced garden overlooks Spa Creek. The site is open weekends June through September and other times by appointment; phone (410) 269-1737. The Chase-Lloyd House is 2 blocks east of State Circle at 22 Maryland Ave. Construction began in 1769, but lawyer Samuel Chase sold it to planter and politician Edward Lloyd IV in 1771, who had the house completed three years later. In 1847, Chase's descendants acquired it but then bequeathed it to the Protestant Episcopal Church in 1888. A noteworthy historical event occurred in the residence when Francis Scott Key, author of the national anthem, was married here in 1804. Most of the house is in private use, but the first floor is open Mon.-Sat. 2-4, Mar.-Dec.; phone (410) 263-2723.

The many public and private Colonial buildings in Annapolis exemplify the life and architecture of the pre-Revolutionary period, often referred to as the “Golden Age of Annapolis.” An architectural anomaly is the executive residence, Government House, at State Circle and School Street; it was built in the late 1860s in the French Second Empire style, then one side was remodeled in the 1930s in the Georgian Revival style. Guided tours of the house are offered by appointment; phone (410) 974-3531.

Exhibits at the Anne Arundel County Courthouse Museum , a small room just off the entrance to the courthouse at 7 Church Cir., reflect several historic cases heard at this site as well as artifacts found during the building's expansion. The site is open weekdays 8:30-4:30; phone (410) 222-1397. 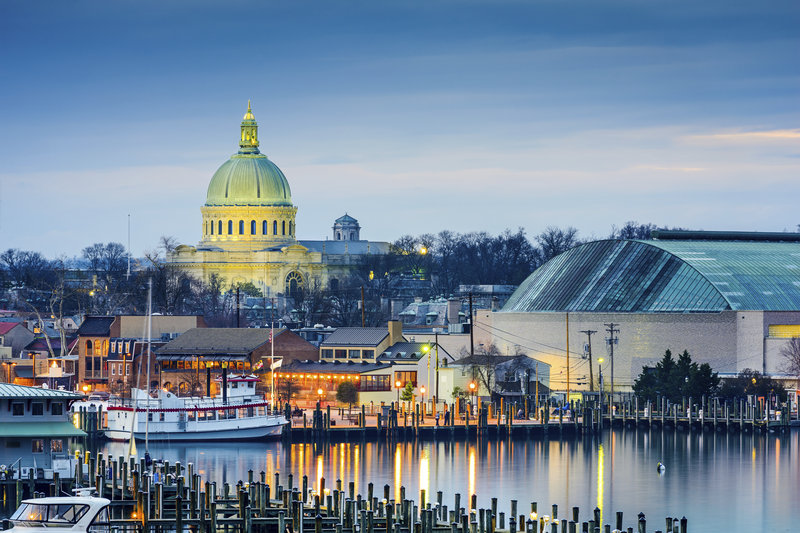 AAA/iStockphoto.com
The waterfront, which surrounds the city dock, is one of the best preserved in the country. Historically this was the city's front door as Annapolis was once an important port of entry, with ships arriving from Great Britain, the West Indies, West Africa and other mainland colonies. Today, recreational boaters and sailing schools have made the city a major center for regattas, services and charters. Visitors can walk by the historic Waterfront Warehouse , just off Market Space at 4 Pinkney St.; this small single-room building recalls the waterfront of the late 1700s. Although the building isn’t staffed, visitors can take a look at the exhibits Mon.-Sat. 10-5, Sun. 11-5; phone (410) 267-6656.

Each Wednesday night in spring and summer, head to the water to watch the weekly sailboat races that take place in the Chesapeake Bay and conclude in the harbor area. There are usually more than 100 boats participating, and it's a unique sight you won't want to miss if you're in Annapolis at the right time. The races begin at 6 and last about 2 hours.

West Street hosts the First Sunday Arts Festival, a celebration of the performing and visual arts, the first Sunday of each month from May to early November; phone (443) 333-9067.

Ample parking is available at the Navy-Marine Corps Memorial Stadium for $5 per day; enter through Gate 5 off Taylor Ave. Shuttle trolleys run to and from the downtown area Mon.-Fri. every 20 minutes for a $2 fee each way. The stadium also hosts the Rotary Club of Annapolis Crab Feast in early August and the Military Bowl presented by Northrop Grumman in late December.

Another transportation option is the Annapolis Circulator trolley. It shuttles people around the Central Business District, where there are also attractions and shopping; it runs Mon.-Sat. every 20 minutes 7:30 a.m.-11 p.m. and Sun. 8-8. The fee is $1 per ride.

Self-guiding ToursBrochures and maps for self-guiding tours, including a walking tour brochure of nearly two dozen downtown art galleries, as well as tour and cruise schedules are available year-round at the Annapolis visitor center at 26 West St., and mid-March through September at the city dock information booth.

ShoppingDowntown Annapolis has a wealth of specialty shops and boutiques concentrated around Main Street, West Street, Maryland Avenue, the city dock area, State Circle and West Annapolis. Westfield Annapolis Mall, at the intersection of SR 450 (Crownsville Road) and US 50, includes JCPenney and Macy's.

Things to Do Annapolis Food Tours

Pirate Adventures on the Chesapeake

Segs in the City

Day on the Bay Cruise 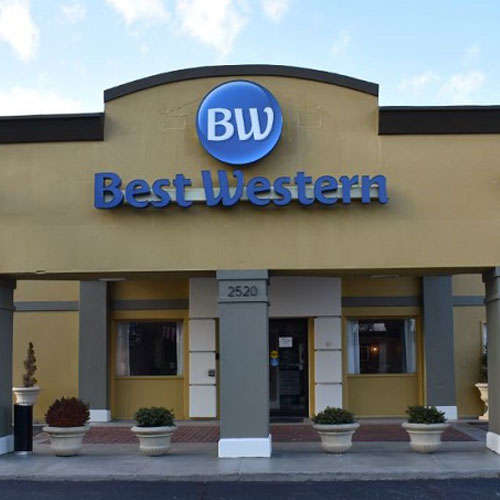 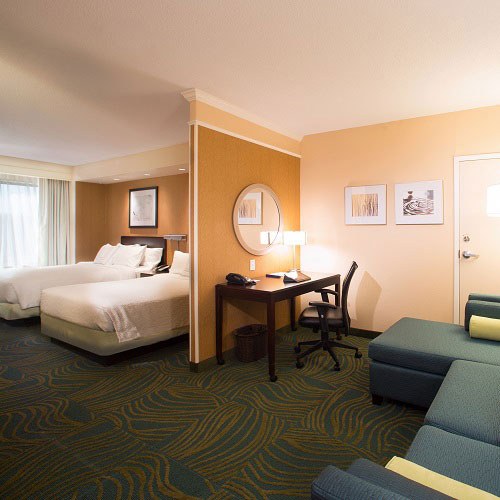 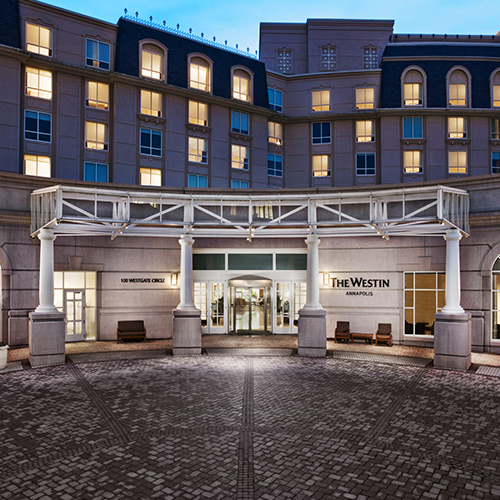