what to do in baltimore

What to Do in Baltimore Many of the works by largely self-taught artists at the American Visionary Art Museum (800 Key Hwy.) are quite amazing: Just get a load of the throne constructed primarily from flattened bottle caps or the robot family fashioned from recycled junkyard scraps. It brims with eclectic, quirky and wildly creative art.

Are Old Masters more your taste? The Walters Art Museum (600 N. Charles St.), Baltimore's more traditional art museum, is also a must. It's home to thousands of works, including old manuscripts, arms and armor, paintings, sculpture and furniture.

Meet the fascinating animals that live at the National Aquarium (501 E. Pratt St.). Sharks, rays, caimans, puffins, eels, dolphins, turtles, cowfish, blue blubber jellies—they all swim, skitter and pulsate in habitats that allow you to observe their world up close and personal.

Baltimore has a rich nautical heritage, and nowhere is it on more exhilarating display than at the Inner Harbor. Tour one of the Historic Ships in Baltimore (301 E. Pratt St.) docked at Piers 1, 3 and 5; the USS Constellation, launched in 1854, is the only remaining vessel still afloat that served during the Civil War. Water taxis connect things to do in the Inner Harbor's points of interest; the boats are a relaxing way to view downtown from a watery vantage point.

Give a salute to Francis Scott Key at Fort McHenry National Monument and Historic Shrine (Fort Ave. & Lawrence St.). Key penned the poem that was to become America's national anthem during the bombardment of Fort McHenry by the British during the War of 1812. A replica of the nation's “star-spangled banner” flies 24 hours daily.

Pay homage to “The Sultan of Swat” at the Babe Ruth Birthplace Museum (216 Emory St.). The native Baltimorean and legendary 1920s New York Yankees slugger was one of the first players inducted into the National Baseball Hall of Fame.

Fell's Point (adjacent to the harbor), one of the country's oldest maritime communities, is where many of the lightning-quick Baltimore schooner ships that played a pivotal role in the War of 1812 were built. These days wander quaint cobblestone streets, do a little shopping and then hoist a pint at one of several friendly pubs.

The 40-acre Baltimore & Ohio Railroad Museum (901 W. Pratt St.) campus of “America's first railroad” features almost 200 examples of locomotives and rolling stock as well as a treasure trove of timepieces, tools, uniforms and other railroading artifacts. It's a great destination for railroad buffs.

The Baltimore Farmers Market & Bazaar (Holliday and Saratoga streets) has a novel location: under the I-83 freeway. A Sunday morning tradition for many city residents, it's open mid-April to mid-December and is a special treat in the summertime, when tables overflow with fresh, locally grown fruits and veggies.

Historic landmark Bengies Drive-In Theatre (3417 Eastern Blvd.) has been a favorite of area film aficionados since 1956, and what's not to love? You'll see up to three first-run films for the price of one at a stadium seat multiplex, and the snack bar has everything from tubs of popcorn to cheeseburgers.

Wondering what to do on a Baltimore vacation if you're a sports fan? Oriole Park at Camden Yards Tours (333 W. Camden St.) will show you behind-the-scenes areas like the Orioles dugout, the press area and the scoreboard control room. The stadium is located in the heart of downtown Baltimore and was one of the first 1990s ballparks to open with a fan-friendly “retro” design. 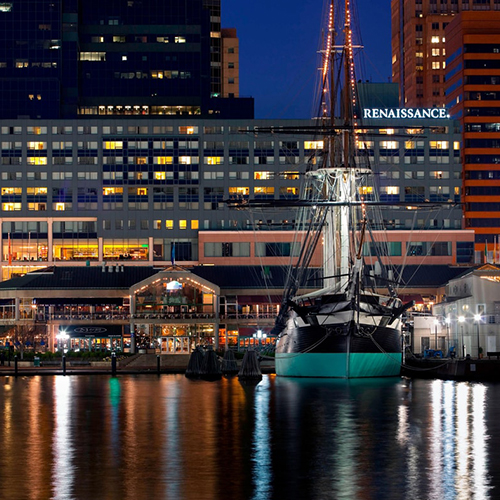