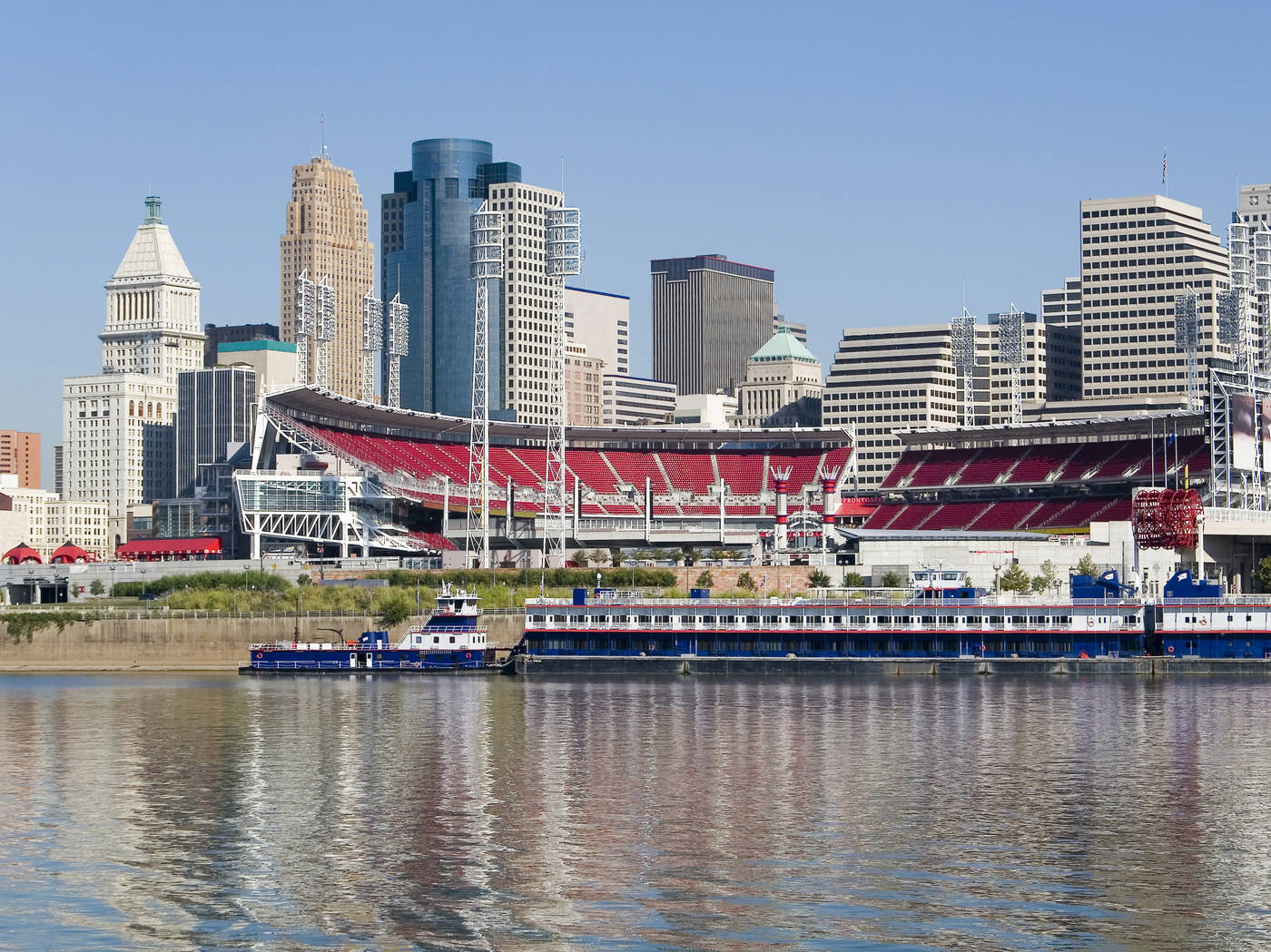 Introduction Cincinnati has worn many hats, including riverboat city, Underground Railroad stop and pork-packing center. Today it nods to its past while striving to become even more diverse. The Ohio River is alive with riverboat tours. Western & Southern/WEBN Fireworks at Riverfest, the city’s largest annual celebration, pays homage to the great waterway with air shows, cruises and fireworks. 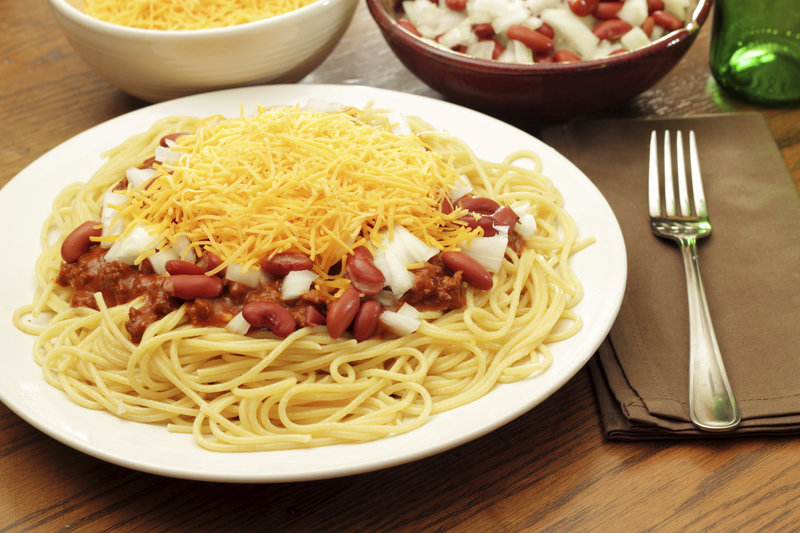 wsmahar/iStockphoto.com
On the riverbank, the curving building of the National Underground Railroad Freedom Center is filled with displays and interactive exhibits chronicling 300 years of slavery in North America, with a focus on the Underground Railroad. And while the city lost its foremost position in the pork industry long ago, it hasn’t given up its devotion to food. More than 4,000 local restaurants serve every kind of cuisine imaginable—including, of course, Cincinnati-style chili and goetta. 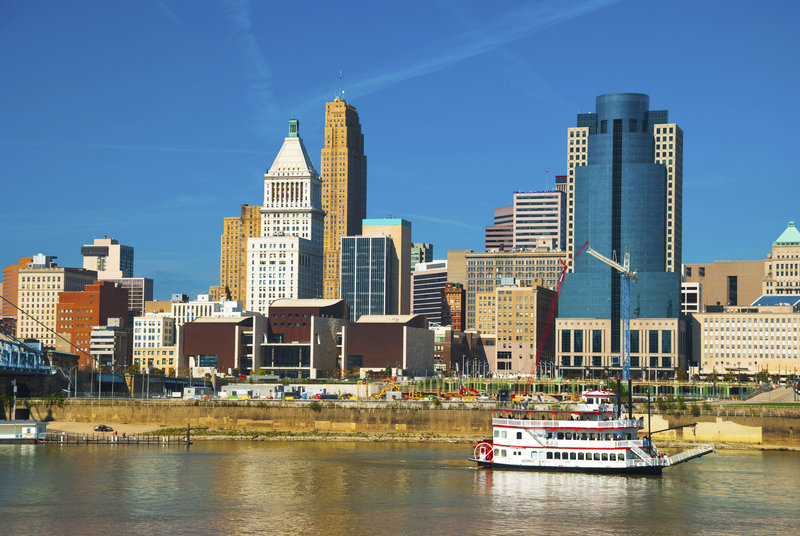 By CarCincinnati straddles I-75, one of the nation's major north-south routes, shuttling traffic from the Canadian border to the north and Florida's Gulf Coast to the south. A shorter artery, I-71, angles through the city, providing a fast route from Louisville, central Ohio and Lake Erie cities.

Both routes join in the Kentucky suburbs to cross the river via the Brent Spence Bridge. From the north they follow separate alignments to the river but are connected across Ohio suburban areas by the Norwood Lateral Expressway (SR 562) and the Ronald Reagan Cross County Highway (SR 126).

I-71 and I-75 provide good access from I-70, a major transcontinental route that bisects Ohio some 55 miles north of the city, and each interchanges with primary city streets.

US 50 and scenic US 52 funnel east-west travelers to the city from the Indiana and Ohio countrysides; these older roads accommodate mostly local traffic. US 52 offers a scenic trip along the Ohio River east of Cincinnati.

I-74 is the principal link from the west, collecting traffic from some of the nation's busiest thoroughfares, I-80 and I-70, as well as highways from the Chicago area. SR 32 (Appalachian Highway) is a good route from rural areas east of the city.

I-275 (Circle Freeway) swings in a full orbit through the Ohio, Kentucky and Indiana environs. It provides a complete bypass of the city proper and interchanges with all major intersecting routes for easy access to downtown. I-471 offers an additional spur from the Kentucky portion of this circumferential highway into downtown via the Daniel Carter Beard Bridge (colloquially known as the Big Mac Bridge).

Street SystemWith the aid of a good city map, driving in Cincinnati is relatively easy. The downtown area is laid out in a grid pattern with streets running either north-south or east-west. The numbered streets run east-west beginning with 2nd Street near the Ohio River; named north-south streets intersect them. East-west address numbers start at Vine Street.

ParkingMetered parking is found on many downtown streets; be sure to check signs and meters for restricted times and limits. There are several commercial garages and lots, and most hotels provide parking for guests. Municipal garage rates vary but generally are $2 for the first 2 hours, $1 for each additional hour up to $15 per day. 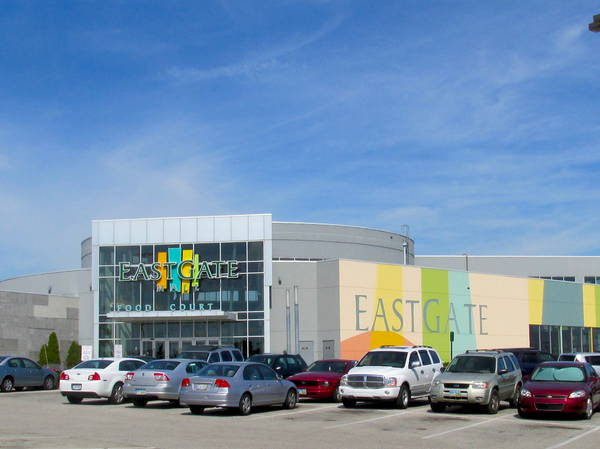