More About
Eugene, OR
HotelsAttractionsRestaurantsCampgrounds 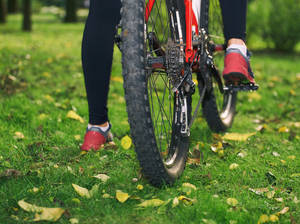 About EugeneLocated at the confluence of the Willamette and McKenzie rivers at the southern end of the Willamette Valley, Eugene is the state's second-largest metropolitan area and home to the University of Oregon.

Surrounded by farmlands, forest and mountains, Eugene is noted for its fine parks, including Spencer Butte Park. A coniferous forest surrounds the park's South Hills Ridgeline Trail. The park also features 2,058-foot Spencer Butte, the highest point in the Eugene area, and a wide variety of plant and animal life. Hiking and mountain bike trails are available. At Skinner Butte Park along the Willamette River, RiverPlay Discovery Village is a highlight. This playground lets children scale a replica of Skinner Butte and dig for faux fossils in a sandy area. The park is also home to a replica of the 1846 one-room cabin where Eugene and Mary Skinner lived; in 1851 he began platting what is now the city of Eugene. The park is open daily dawn to dusk.

Miles of bicycle trails and opportunities for water sports can be found along the Willamette River. Riverfront picnic areas and meandering walkways thread through 5 acres of roses at Owen Memorial Rose Garden, along the south bank of the Willamette at N. Jefferson Street; phone (541) 682-4800.

The Hult Center for the Performing Arts, on Willamette St. between 6th and 7th aves., is noted for its fine architectural and acoustical design and has two theaters—the 2,448-seat Silva Concert Hall and the 498-seat Soreng Theater—which feature plays, concerts and other performances by international, national and regional talent. Phone (541) 682-5000 for the center's ticket office.

On the east side of the University of Oregon campus, the state-of-the-art Matthew Knight Arena, 1390 Villard St., is home to the Oregon Ducks basketball and volleyball teams. The flooring of the court features a silhouette of a fir tree forest. Phone (541) 346-4461 for ticket information.

Eugene and its sister city Springfield are at the head of a series of dams constructed by the Army Corps of Engineers for flood control in the Willamette River Basin. Lookout Point, Dexter and Fall Creek lakes formed by their namesake dams 20 miles southeast on SR 58, have picnic, fishing and boating facilities.

ShoppingValley River Center on Valley River Way is a major area shopping mall with JCPenney and Macy's. Other popular shopping areas include the Fifth Street Public Market, at Fifth and High, with its specialty shops; and Oakway Center, Oakway and Coburg roads, with more than two dozen stores, including Nordstrom Rack and Talbots.

The Saturday Market, downtown at 8th and Oak streets, is the spot where local vendors sell crafts and food to the accompaniment of mimes and musicians April through mid-November; a holiday market takes place in the Lane Events Center late November through Christmas Eve.

Museum of Natural and Cultural History 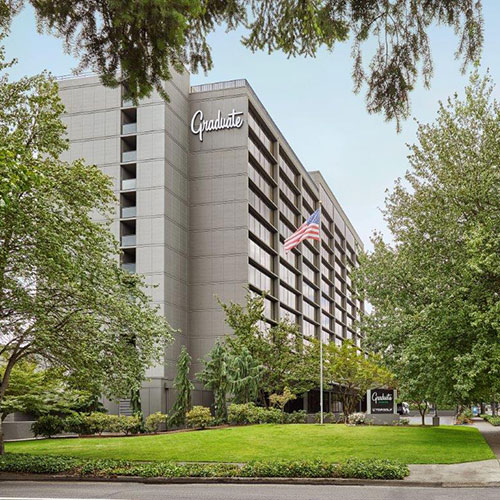 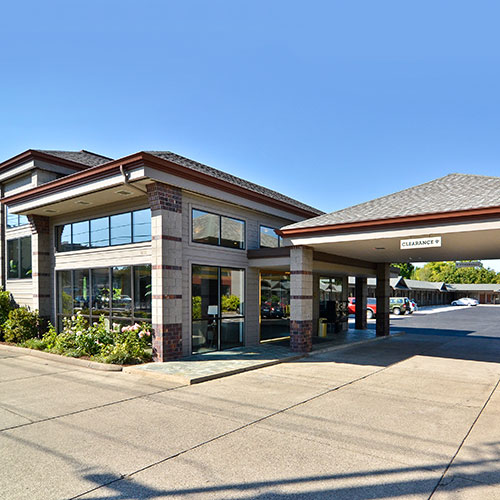 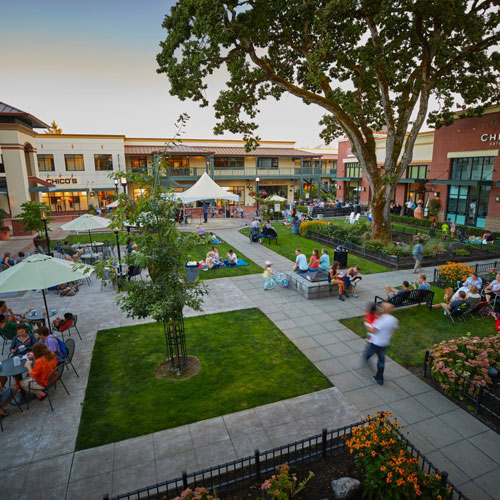