About FriscoAlthough named by European settlers in 1873, the site of Frisco had served as a favored Ute Indian camp for nearly 7,000 years. The town quickly boomed during the late 19th century as gold and silver mines covered the surrounding mountainsides.

Serving the needs of visiting skiers became Frisco's economic mainstay after World War II. Nearby Copper Mountain Resort has been a popular skiing destination since it opened in the early 1970s.

In addition to skiing, the area also offers such recreational activities as bicycling, mountain biking, fishing and sailing. The Lake Dillon Water Taxi provides transportation across the lake between the marinas in Frisco and Dillon. The service is available Mon.-Fri. 10-5, Sat.-Sun. 10-6. Phone (970) 486-0250 for reservations at least 30 minutes in advance.

Things to Do Frisco Historic Park and Museum 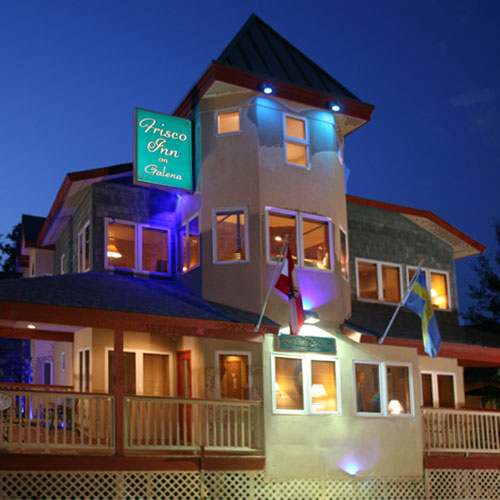