More About
Hamilton, ON
HotelsAttractionsRestaurants
Off the Beaten Path in Toronto: Hamilton, Ontario

About HamiltonHamilton rests at the historic Head of the Lake, between Toronto and Niagara Falls. Although visited by French explorer Robert Cavalier, sieur de La Salle in 1669, Hamilton's settlement began in earnest in the late 18th century with the influx of United Empire Loyalists leaving the American colonies during the Revolutionary War.

When the Burlington Canal opened in 1830, linking Hamilton to Lake Ontario, the city became a port and rail hub. Once hopeful of Hamilton's becoming the seat of provincial government, wealthy merchants and professionals were lured to the real estate along its lakefront. Their palatial houses and estates still grace the heart of town; Dundurn National Historic Site is one of the well-known estates from that era.

The landlocked harbor at Hamilton is one of the largest on the Great Lakes, handling the third highest tonnage in water traffic in the country. The home of Canada's principal steel-producing companies, U.S. Steel Canada (formerly Stelco) and ArcelorMittal Dofasco, the city also is known for its preservation of green spaces and the environment.

Hamilton offers diverse arts and cultural choices for visitors. The Ronald V. Joyce Centre for the Performing Arts at Hamilton Place (also known as the Hamilton Place Theatre) and the Hamilton Convention Centre, both at 1 Summers Ln., as well as the FirstOntario Centre at 101 York Blvd. provide stage, concert and entertainment selections throughout the year, phone (905) 546-3100 for information or (905) 546-4040 for the box office for all three venues. The cultural scene in Hamilton also is enhanced by the Hamilton Philharmonic Orchestra, phone (905) 526-7756. Theater companies include Theatre Aquarius, phone (905) 522-7529 or (800) 465-7529 and Hamilton Theatre Inc., phone (905) 522-3032.

Bruce Trail, an ecologically sensitive trail system that follows the Niagara Escarpment, cuts through Hamilton and provides a pristine setting where naturalists, bird watchers and hikers can pursue their respective interests. The escarpment is responsible for the 26 waterfalls and cascades that are accessible to visitors and enhance Hamilton's outdoor experience. Some 24 regional conservation areas also offer outdoor recreation that includes boating, fishing and swimming. Within these areas, approximately 70 kilometres (44 mi.) of pathways are registered as part of the Trans-Canada Trail.

An amalgamation in 2001 incorporated the nearby municipalities of Ancaster, Dundas, Flamborough, Glanbrook and Stoney Creek into the city of Hamilton.

The Canadian International Military Tattoo, held the second weekend of June, is an ancient military tradition that celebrates Canada's heritage. The event features dancers, marching bands, pipes and drums. Festival of Friends in early August is strictly a Canadian festival, showcasing Canadian music, crafts, theater and dance. In late August at the Winona Peach Festival, visitors can partake of food and enjoy arts and crafts exhibits, live entertainment, a vintage car show and a special area for children.

Farmers from all over southern Ontario converge on the Hamilton Farmer's Market next to the Hamilton Public Library, 35 York Blvd., to sell their fruits and vegetables. It has been part of the city's history for 180 years and is open Tuesday, Thursday and Friday 8-6, and Saturday 7-5.

Hamilton is home to McMaster University and is considered to be one of the most innovative educational institutions in North America.

Harness racing takes place throughout the year at Flamboro Downs, west on Hwy. 5; phone (905) 627-3561. The Confederation Cup is featured in August.

ShoppingLime Ridge Mall, 999 Upper Wentworth St., has Hudson's Bay among its more than 230 store and services. The Brick and Marshalls are among the more than 120 shops and services available at The Centre on Barton Mall, 1227 Barton St. E.

For locally produced handicrafts from more than 50 artisans visit Textures Craftworks, at 236 Locke St. S. in an area of cafés and antique shops. The shop is a non-profit artisans' cooperative that also offers demonstrations and exhibitions. Hess Village is an area of restored houses in the vicinity of Hess and George streets that provides a Victorian setting for galleries, restaurants and pubs.

Things to Do Art Gallery of Hamilton

Hamilton Museum of Steam and Technology 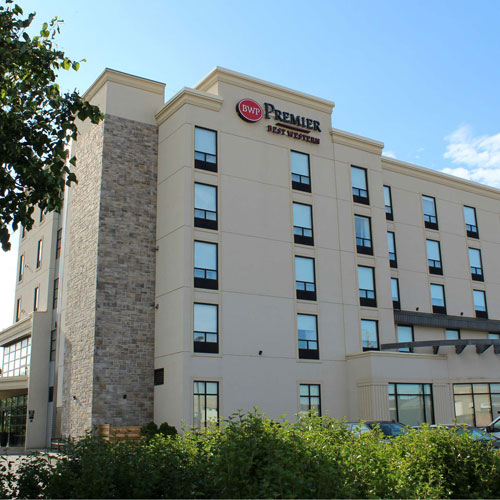 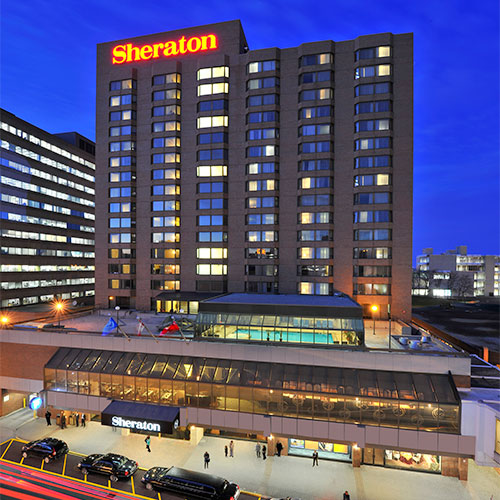