About KearneyThe city of Kearney (CAR-nee) was named for nearby Fort Kearny, a government outpost established in 1848 to protect pioneers on the Oregon Trail, mail-carrying overland stages, gold rush prospectors and the crews constructing the Union Pacific Railroad. Because of its central location, Kearney was considered as a site for both the state capital and the capital of the country. Though these plans were scrapped, Kearney nonetheless prospered from an economy built on industry and agriculture.

Kearney is a stopping point on one of the heartland's most awe-inspiring migratory bird flyways. Some 500,000 birds can be viewed at Fort Kearny State Historical Park from early March to early April. In season the area is the temporary home for millions of sandhill cranes, whooping cranes, bald eagles, snow geese, ducks, shorebirds and other migratory birds.

Motorists traveling along I-80 will notice a couple of distinctive landmarks. Moored in a lagoon at a rest stop 1 mile west of Kearney is the “Nebraska Wind Sculpture,” designed by kinetic artist George Baker.

Almost as unusual is another Kearney attraction, Prairie Hills Golf Course, 11 miles north of I-80 exit 272 on SR 44. In the middle of cornfield country is a hill with a quarter-mile, 120-foot vertical drop. Prairie Hills attracts golfers to its 18-hole course year-round (weather permitting in winter); phone (308) 388-5115.

Diverse recreational activities are pursued year-round at Cottonmill Park and Fort Kearny State Recreation Area. Campus tours of the University of Nebraska at Kearney, including its art gallery and planetarium, are available by appointment; phone (308) 865-8441.

Things to Do The Archway

The G.W. Frank Museum of History and Culture 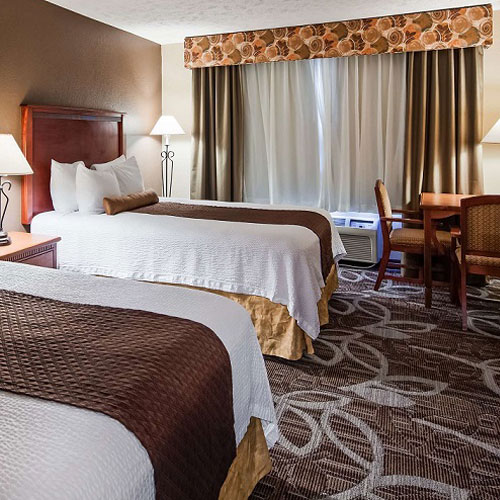 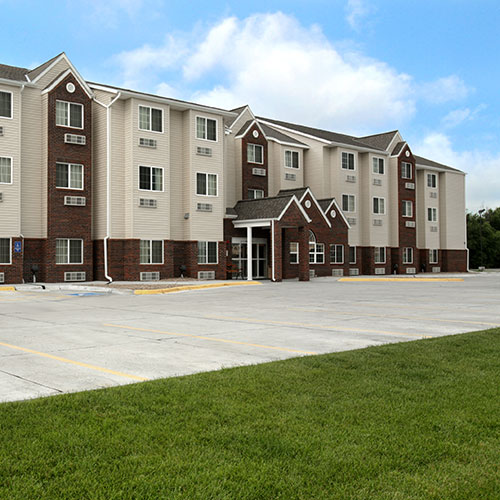