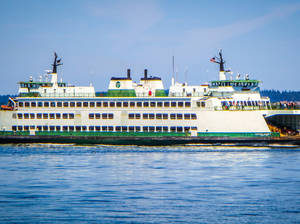 About LongviewFounded in 1923 on the site of an abandoned settlement known as Monticello, Longview was named for timber entrepreneur R.A. Long, who selected the riverside location for a deepwater port and forest products complex. The city, one of the largest planned communities in the country, was designed with a distinctive curving grid of streets interspersed with parks. R.A. Long Park (the Civic Center) is flanked by many of the city's earliest buildings, most built in the Georgian style, including the 1926 library and the 1923 Monticello Hotel.

Across from the hotel, at 18th Avenue and Olympia Way, is a memorial to a group of settlers who met here in 1852 to petition the U.S. Congress to create a territory north of the Columbia River separate from Oregon. Members of the “Monticello Convention” saw their wish granted the following year with the creation of the Washington Territory. Another historic site is south of town at the mouth of the Cowlitz River; Lewis and Clark's Corps of Discovery camped there in 1805.

Just north of R.A. Long Park, spanning Olympia Way at Civic Center, is Nutty Narrows, said to be the world's first bridge for squirrels. A local resident built the bridge in 1963 to provide the critters with safe passage over the busy thoroughfare. Longview has become something of a “squirrel bridge capital.” Since 2011 four more bridges have been built, and another is in the works.

Things to Do Lake Sacajawea Park