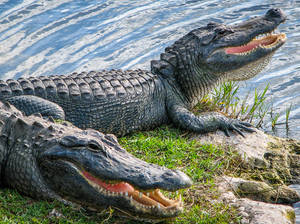 About SanibelThe sign at the entrance of the Sanibel & Captiva Islands Visitor Center, 1159 Causeway Rd., welcomes all visitors with the greeting “Please wipe snow off shoes before entering.” Many of Sanibel's visitors hail from the northern states, trading in their snow boots for flip-flops and taking full advantage of the sea- and sand-inspired activities on Sanibel Island.

For such a small island, it's hard to believe the sheer abundance of nature's gifts, including lush tropical vegetation, miles of beaches and hundreds of bird varieties. However, these are all outnumbered by the countless seashells swept ashore by each tide due to the east-west orientation of the island, earning Sanibel Island its well-deserved reputation as one of the best places in the world to find seashells.

The island's reputation as a place with extraordinary quantities of seashells dates back to 1513, when Ponce de León discovered Florida's southwest coast and christened it Costa de Caracoles, or “Coast of Seashells.” There are several stories that explain how Sanibel got its name, but the most romantic version holds that pirate José Gaspar was so charmed by this lovely isle that he named it after Santa Isabella, a beautiful Spanish queen.

Sanibel attracts thousands of visitors each year with an assortment of outdoor sports including shelling, fishing, canoeing, boating, kayaking and bicycling. In fact, bicycling is a favorite mode of transportation, due in part to the wide paved paths that run parallel to many roads. Moped and bicycle rentals are widely available and some hotels may provide bicycles as a courtesy.

Searching for seashells by the seashore, or shelling, is an immensely popular “sport” in Sanibel. More than 250 species may be found, but even if you only spend an hour or two doing the “Sanibel stoop,” you can bet on scooping up several varieties. You'll find the best shells early in the morning in winter months. Make sure that the shells don't have any living creatures inside, though; it's illegal to remove those from the beach. Put on your clam-diggers and try your luck at Bowman's Beach, off Sanibel-Captiva Rd.; Gulfside City Park, on Algiers Lane; Lighthouse Park Beach, 1 Periwinkle Way; or Tarpon Bay Road Beach, on Tarpon Bay Road.

The Sanibel Shell Festival , held in March, showcases nature’s seashore gems. This event features arts and crafts, food, entertainment, educational presentations and a shell tent where shells from near and far can be purchased. A juried show includes art and science exhibits submitted by competitors from around the world.

Public beach parking is $4 per hour and is in short supply on Sanibel Island; regulations are strictly enforced. For information about designated parking areas contact the Sanibel & Captiva Islands Visitor Center. Access to the island is by a toll causeway ($6 access, free egress) from Punta Rassa. A bridge crosses over Blind Pass, connecting Sanibel Island with Captiva Island. There are no traffic lights on the island, only stop signs, and it is an unwritten rule as well as common courtesy that drivers must stop for pedestrians crossing the roads.

Note: Due to the ongoing effects of 2022's Hurricane Ian, phone ahead for updates.

ShoppingLooking for somewhere to spend some clams? Sanibel offers an array of quaint island shops for your perusal. Cruise Periwinkle Way, Sanibel's main thoroughfare and check out these shops.

If you haven't had a chance to scoop up sea shells from the infinite amount that washes up on Sanibel's shores, and you don't mind shelling out a little extra cash, go to She Sells Sea Shells. Owner Ann Joffe creates intricate flowers, glittery Christmas ornaments and colorful collages from seashells and sells them at two locations on Sanibel Island (1157 Periwinkle Way and 2422 Periwinkle Way) along with bunches of perfect seashells from conchs to rare junonias. Phone (239) 472-6991 and (239) 472-8080, respectively.

Periwinkle Place, 2075 Periwinkle Way, is Sanibel's largest shopping center, with more than 20 shops connected by covered boardwalks, so you're never in direct sun while you're shop-hopping. Highlights include the first Chico's, now a national chain for women's apparel; Everything But Water, whose inventory includes literally thousands of bathing suits including La Blanca and Trina Turk in sizes up to 30; Congress Jewelers, for those who would rather be dripping in diamonds than dripping with salty gulf water; and Toys Ahoy, packed to the rafters with fun and games for kids. Take a respite from your spending spree at the Blue Giraffe, a casual café, and munch on a cool salad or seafood dish accompanied by a glass of chilled chardonnay.

Eileen Fisher, well-known for her drapey, flattering designs, has a shop at 2055 Periwinkle Way; her casually elegant bridge brand fits in well with the Sanibel way of life. Phone (239) 472-4655.

Things to Do The Bailey-Matthews National Shell Museum

Clinic for the Rehabilitation of Wildlife 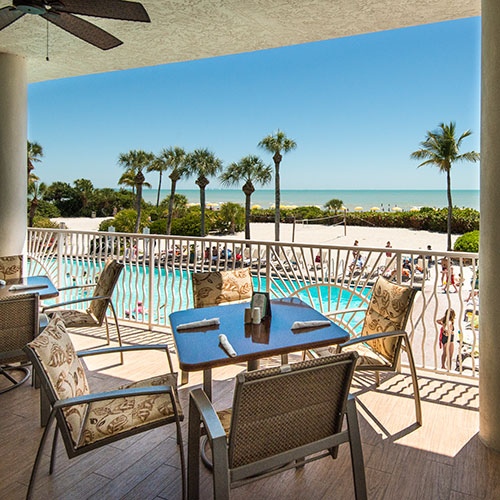 AAA Rate from
Sanibel Siesta On The Beach