About SomervilleRemnants of Somerville's turn-of-the-20th-century industrial heyday include revitalized commercial hubs like the Assembly Square neighborhood, named after the Ford Motor Co. assembly plant that operated there for more than 30 years. Following years of decline after World War II, Davis Square began to experience a renaissance beginning in the 1990s, thanks in part to the increase in telecommunication and biotechnology jobs that became available in neighboring communities.

Today Davis Square is again one of the city's primary business centers, as well as the heart of the city's arts and entertainment scene. Open since 1914, the Somerville Theatre, 55 Davis Sq., hosts live events and screens new releases and special film series highlighting classic cinema; phone (617) 625-5700.

Another longtime commercial area, Union Square, which was used as a Union Army recruitment and mustering site during the Civil War, is now home to gourmet food producers such as Taza Chocolate. Union Square also is the location of the Fluff Festival , which celebrates the marshmallow-like confection invented by Somerville resident Archibald Query in the early 1900s. Occurring in late September, the quirky event includes a Fluff cooking contest; such games as Fluff Fear Factor and Fluff Jousting; and performances by offbeat local musicians who just so happen to be big Fluffernutter sandwich fans.

New to the Somerville area is Assembly Row (340 Canal St.), a 45-acre mixed-use development featuring such retailers as Bed Bath & Beyond, Brooks Brothers and T.J.Maxx and outlet stores like Saks Fifth Avenue OFF 5TH. The urban center also shelters restaurants, the LEGOLAND Discovery Center and a state-of-the-art AMC movie theater.

NightlifeLate-night shenanigans in Somerville center around Davis Square. Poke around Holland and Elm streets and Highland Avenue, three commercial thoroughfares radiating out from this busy intersection, and you'll come across scores of casual venues designed primarily for chilaxin' over craft brews. Food, of course, goes hand in hand with sudsy beverages, so it's no surprise the business district's many restaurants often are packed with a mix of blue-collar workers, Tufts University students and rough-edged musician types looking to unwind after a long day.

If you're a somewhat hip twenty- or thirtysomething (especially one toting kids), chances are you'll find yourself sipping a locally brewed IPA at Sacco's Bowl Haven (45 Day St.), where candlepin bowling (a Massachusetts invention) is the name of the game. With only 10 lanes available, reservations are a must; even the long, narrow bar area offering views of gutter balls and spares gets pretty cramped come 6 p.m. 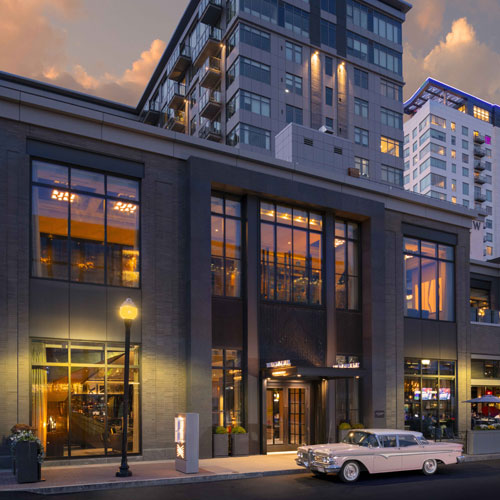