Driving through bustling downtown Phoenix in the shadow cast by soaring office towers, you might forget that you’re in the middle of the Sonoran Desert or that this Sun Belt boomtown began as a parched farming community more than 150 years ago. Thankfully, getting a feel for the city’s heritage and natural environment is as easy as making the short drive to one of the following fun places to go, all of which represent some of the best bargains Phoenix has to offer. 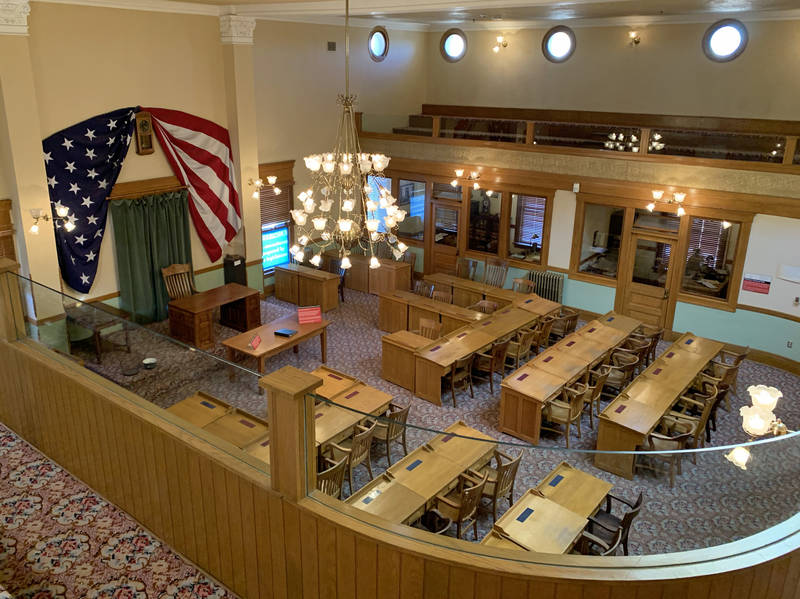 1700 W. Washington St.
Phoenix is not only Arizona’s largest city, it’s also the state capital, and you can learn all about its history at the free AAA GEM® Arizona Capitol Museum. In the 1970s government offices were moved to newer buildings on the grounds, leaving the 1901 Capitol to serve as a museum. Its four floors are filled with historic objects including items recovered from the USS Arizona, which sank in 1941 during the Japanese attack on Pearl Harbor. Peek into legislative chambers and offices displaying vintage notebooks, ledgers and typewriters as if they were ready for state business. Things to do outside include snapping photos of the Capitol’s copper dome, which is topped with a weather vane in the shape of winged victory.
Read More 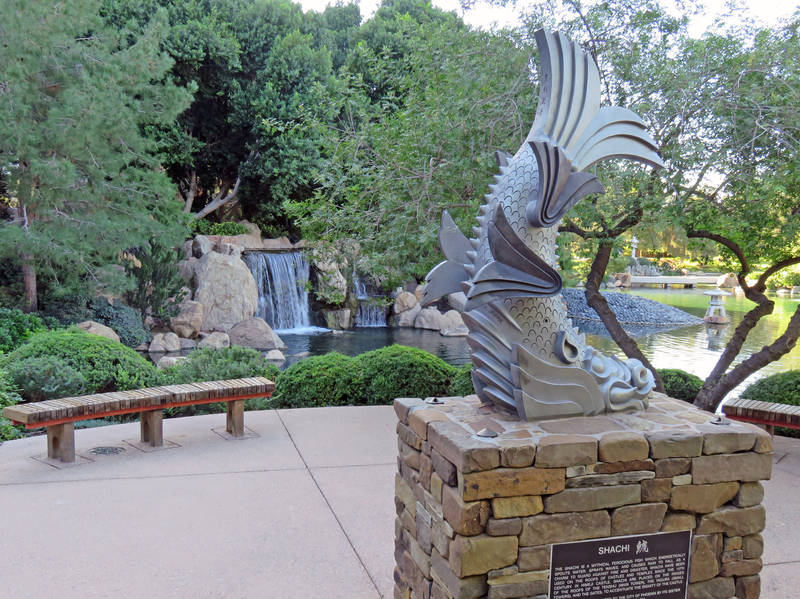 1125 N. 3rd Ave.
Occupying a quiet corner of Phoenix’s Hance Park, the Japanese Friendship Garden of Phoenix offers a peaceful oasis that seems miles away from the city’s noisy hubbub, despite the fact that Hance Park actually sits on top of a major highway (I-10, aka the Papago Freeway Tunnel). Wandering through the garden’s immaculately landscaped 3.5 acres is one of the most relaxing things to do downtown. Inside this urban sanctuary you’ll find tree-shaded paths winding around a large koi pond and hear the soothing splashing of a waterfall. Stone lanterns, statues, jetties and bridges complete the scene, and benches at strategic locations allow visitors to contemplate the serene setting. Admission is just $7.
Read More 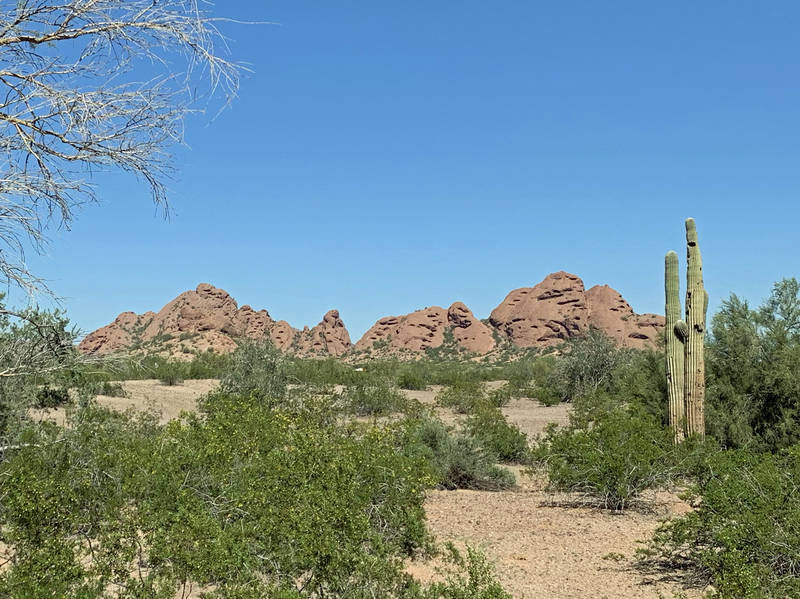 625 N. Galvin Pkwy.
A fast and easy way to experience the Sonoran Desert is a trip to Papago Park, which is free and just minutes away from downtown Phoenix. A convenient method of getting there is by Valley Metro Rail and walking the half mile from the station to the entrance. Trails thread throughout the park, letting you meander among creosote bushes, palo verde trees and iconic saguaro cactuses. Papago Park’s most stunning features, however, are the red sandstone buttes dotting the countryside. A gentle slope leads up to one of the park’s most popular things to see: Hole-in-the-Rock, from which you’ll have an excellent view of the park and downtown Phoenix in the distance.
Read More 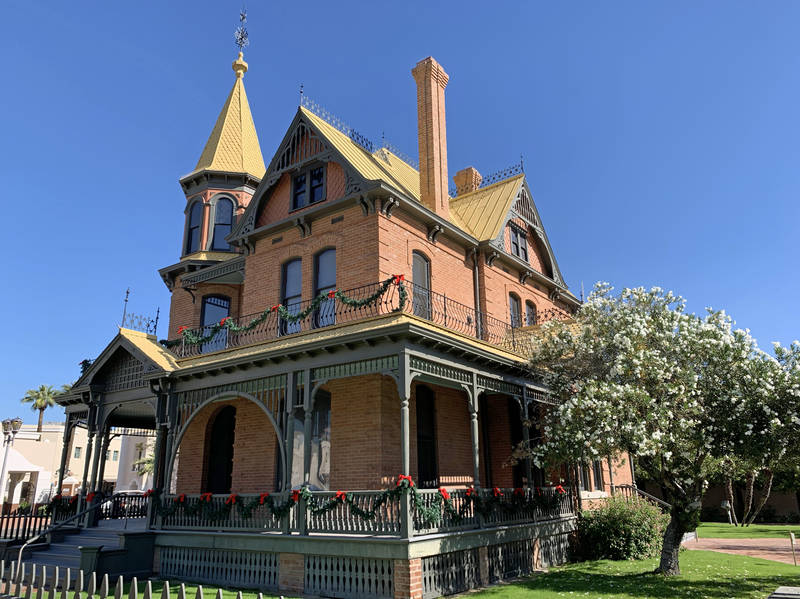 113 N. 6th St.
Lost among downtown Phoenix’s modern office towers, the Rosson House—with its deep verandas, octagonal turret and dim, ornate interiors—seems a bit out of place. But the Victorian mansion has been a city landmark at this site, now known as Heritage Square, since it was finished in 1895 for Dr. Roland Rosson. For less than $10 you can tour the home and admire the period furniture, pressed-tin ceilings and original ruby glass transom windows. Vintage items on display include 100-year-old kitchen utensils, alarming surgical tools and intricate Victorian keepsakes braided from locks of human hair.
Read More 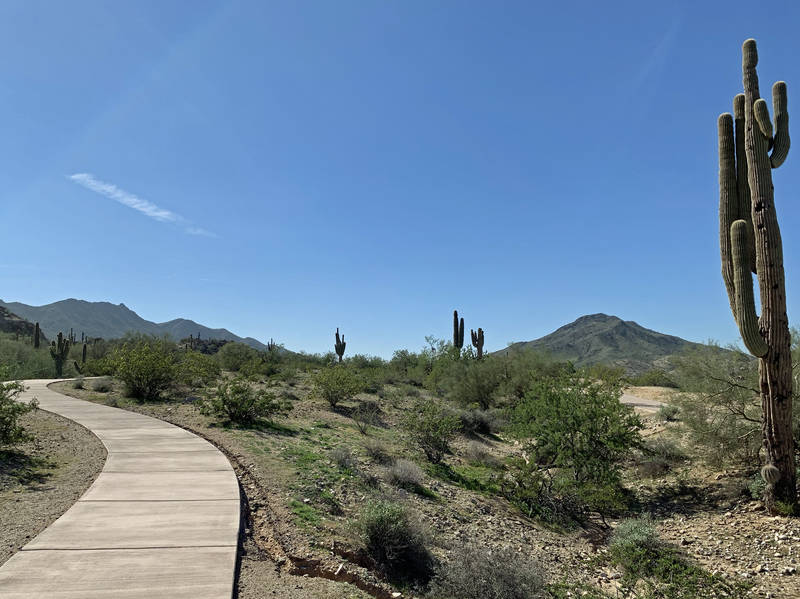 10409 S. Central Ave.
The South Mountains are a familiar sight to Phoenix residents particularly at night when the broadcast towers crowded on top are lit up. Laced with hiking, biking and horseback riding trails, South Mountain Park, one of the world’s largest city parks, is a popular recreation destination. There’s no better place to begin your visit than at the free South Mountain Environmental Education Center, which distributes hiking maps with directions to scenic overlooks. Among the fun things to do with kids at the center: learn about native wildlife and walk along the family-friendly Judith Tunell Trail, a wide concrete path lined with interpretive signs.