In Depth Alabama's largest city also is one of its youngest. Since its founding in 1871, Birmingham has transformed itself from empty farmland in the Appalachian Mountain foothills to steel boomtown to major commercial and service center. Despite the bustle found in any metropolitan center, traditional Southern hospitality is still characteristic of the city's residents.

The Jones Valley's rare abundance of the essential ingredients for steel production—iron ore, coal and limestone—was known as early as the 1850s, contributing to the settlement's early growth. Small furnaces were erected during the Civil War to produce munitions for the Confederate Army. However, the lack of rail lines to move iron and steel products thwarted any major industrial effort. In 1871, when two railroad lines converged, plans for a larger settlement were drawn and capitalists rushed in to exploit the new city's resources. The fledgling city was named, fittingly enough, after England's major industrial hub, Birmingham. Within decades Birmingham was established as a major manufacturing center. The speed with which it grew and prospered earned it the nickname “Magic City.”

This initial vigor paled after World War II. Cheaper and higher quality iron ore imported from abroad as well as diminished steel orders combined to close several factories, resulting in widespread unemployment. The smog and smoke accumulated from years of heavy industry further dimmed prospects for the “Pittsburgh of the South.”

In the 1960s an even darker cloud formed over the city when the racial unrest that had been building across the South erupted in violence. In 1963 civil rights movement leaders sponsored sit-ins, marches and pickets to protest segregation and force local businesses to employ more African Americans. Kelly Ingram Park (formerly West Park), occupying a square block, was the assembly point for participants in the Christian Leadership Conference's sit-ins, boycotts and marches.

The police response to the civil unrest during this period was swift and often brutal, including the use of police dogs and high-pressure hoses. Thousands were arrested, including Dr. Martin Luther King Jr. It was during his incarceration that he wrote his “Letter from a Birmingham Jail” essay. In June 1963 business and civil rights leaders reached an agreement, and Birmingham residents soon rallied around the common goal of peaceful resolution.

The Birmingham of the 21st century is strikingly different from the city of the past generation. Gone are the pollution-spewing smokestacks of manufacturers; the city's renovated central business district boasts a smog-free skyline.

Racial tensions have also dissipated, due partly to the opening of the Birmingham Civil Rights Institute, across from Kelly Ingram Park. The facility, which has given the city an outlet to tell its own story, has helped mend the injustices of the past and promote human relations in Birmingham and throughout America.

Having experienced the pitfalls of a single-industry economy, Birmingham has diversified to include medical, engineering, educational, financial and technological industries among its top resources. Medicine and medical research figure prominently in its future; the city has 21 hospitals.

While the largest single employer is the University of Alabama at Birmingham, one out of every 10 people in the workforce is involved in health care. The university's medical center specializes in open-heart surgery and diabetes treatment. The Kirklin Clinic at the University of Alabama at Birmingham, 2000 6th Ave. S., is a 430,000-square-foot health-care clinic designed by I.M. Pei.

Samford University is Alabama's largest private college and includes the Howard College of Arts and Sciences, the Cumberland School of Law and professional schools of pharmacy, nursing, business, music, education and divinity. 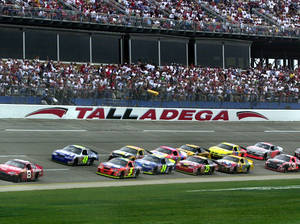