Carmel By The Sea

More About
Carmel By The Sea, CA
HotelsAttractionsRestaurantsCampgrounds
7 Luxury Hotels for Your Big Sur Road Trip

About Carmel-by-the-SeaCarmel-by-the-Sea (simply Carmel to residents and admirers) was established in 1904 by a group of artists and writers as a bucolic retreat. As the settlement grew, its founders fought the encroachment of paved streets, gas and electricity. Although modern life's necessities eventually took over, stringent zoning ordinances have helped preserve Carmel's village flavor.

To really experience the exceptional beauty of this seaside town up close and personal, stroll the length of the very aptly named Scenic Road. Scarcely a mile in length, its name is an almost comic understatement. On one side of the street is a wide expanse of white-sand beach edged by clear turquoise water. Picturesque rocks are covered with a thick green carpet of ice plants, and gracefully arching Monterey pines frame the views. On the other side are homes that collectively comprise some of Monterey Bay's most desirable real estate. Several sets of steps along the length of Scenic Road lead down to the beach.

Note: The north end of Scenic Road can be accessed via Ocean Avenue west off SR 1. Parking along the street is hard to come by at any time, and all but impossible on weekends. If you're driving, the south end veers left and becomes Carmelo Street; after about half a mile, turn right on Santa Lucia Street, then right again on Rio Street to return to SR 1.

By far the best way to explore Carmel, though, is on foot—an amble along the beach followed by ducking into art galleries, boutiques and antique shops, many of which are secluded behind courtyard walls. There really isn't a prevailing architectural style; Carmel's impossibly charming little bungalows, complete with picture-perfect gardens, do exhibit a degree of Spanish influence but tend to embody the whims of their owners.

The nonprofit Center for Photographic Art (CPA) is located in the Sunset Center at San Carlos Street and 9th Avenue, where Friends of Photography first opened its doors in 1967, and remains one of the oldest continuously operating photography members' organizations in America. Bimonthly exhibitions of fine art photography by both established and emerging artists showcase a wide technical, thematic and stylistic range. Lectures and workshops featuring guest artists, curators and educators are also offered. The gallery is open Wed.-Sun. noon-4; admission is free. Phone (831) 625-5181.

The Forest Theater Guild presents a series of summer performances under the stars at the Outdoor Forest Theatre, a block south of Ocean Avenue at Santa Rita Street and Mountain View Avenue. The outdoor theater, founded in 1910, is situated in a lush setting of pine trees in the heart of Carmel. Many theatergoers bring along a bountiful picnic supper. For schedule and ticket information phone (831) 626-1681.

The sound of baroque orchestral and choral music perfectly complements Carmel's exquisite natural beauty during the 3-week Carmel Bach Festival in July. The festival's centerpiece is the concert series that takes place in the Sunset Center Theater on San Carlos Street. Chamber music concerts are given in churches and other venues throughout town. For schedule and ticket information phone (831) 624-1521.

Carmel is located just off the delightfully scenic stretch of SR 1 that extends from San Francisco south to San Luis Obispo. Just north of town is the southern entrance to 17-Mile Drive, yet another beautiful oceanfront route that links Carmel and Pacific Grove. Note: If visiting from south of Big Sur, you may have to detour off of SR 1. The highway collapsed at Rat Creek (mm 30.2). The California Department of Transportation has scheduled the road to reopen summer 2021.

ShoppingCarmel's compact business center is filled with shops and galleries that display the work of local artists. The Barnyard, SR 1 and Carmel Valley Road with access from Carmel Rancho Boulevard, is as popular for its garden setting and country atmosphere as for its more than 50 galleries and specialty shops. The Crossroads, east of SR 1 and Father Serra's Carmel Mission on Rio Road, offers nearly 100 boutiques and specialty shops.

California MissionsTo secure its northern territorial claims in the New World, Spain ordered the creation of a series of Franciscan missions in California. Begun under the leadership of Father Junípero Serra, who died in 1784, 21 missions were established between 1769 and 1823, spaced about a day's journey apart along the northern extension of El Camino Real, the Royal Road.

Each mission had its own herd of cattle, fields and vegetable gardens, which were tended by native converts. For furniture, clothing, tools and other implements, the missions traded their surplus of meal, wine, oil, hemp, hides and tallow. Their attempts to “civilize” the indigenous population yielded mixed results: For the thousands of Indians brought under the wing of the church, thousands of others died at the hands of the Spanish or from their diseases. But the missions succeeded in other regards: Around them and their accompanying presidios, or military posts, grew the first permanent settlements in California.

After winning its independence from Spain and during the secularization, Mexico removed control of the missions from the Franciscans and subdivided much of their land among the Mexican soldiers and settlers. During the ensuing years, neglect and earthquakes took their toll; many of the missions were severely damaged or destroyed. Subsequent restoration and reconstruction have revitalized these historic structures, and today US 101 roughly traces the route of the old El Camino Real.

Things to Do Carmel Walks

Carmel By The Sea, CA 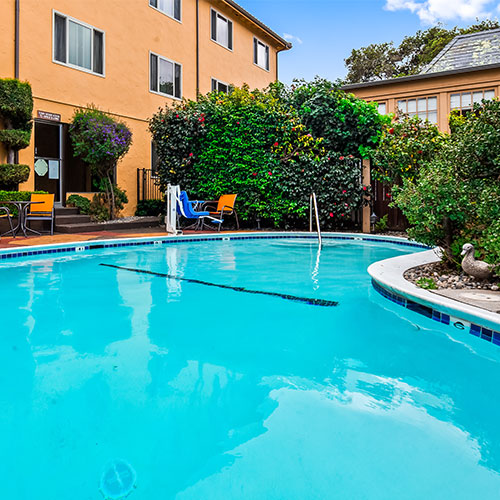 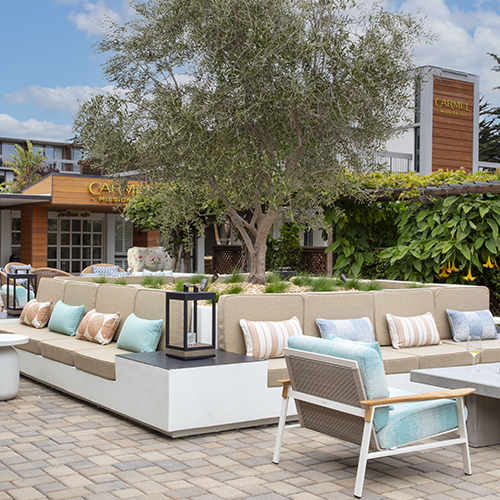