Introduction Memphis is the motherland of American music. Here, Elvis made his first recording and W.C. Handy penned the blues. As a result, many attractions at this destination have ties to rock, soul, gospel and blues music.

If Memphis had a soundtrack, its title track would be a peppy rock number to commemorate the city's prominence as the birthplace of rock ’n’ roll. Elvis' first-ever recording, which was taped at the renowned Sun Studio, took the world by storm. Now the world takes Graceland by storm.

Exalted gospel harmonies hang over the Lorraine Motel, where Martin Luther King Jr., was assassinated in 1968. The motel is now the locale for the stellar National Civil Rights Museum.

And, of course, Memphis can't escape the blues. It was in the smoky saloons on Beale Street where Frank Stokes, Furry Lewis, Memphis Minnie, B.B. King, Louis Armstrong and others built on the gospel-like sounds of the Mississippi Delta. While performing here, W.C. Handy wrote “Memphis Blues,” and hopeful musicians still head to Beale to take their chances in the clubs.

By CarExcept for the downtown business core flanking the river, Memphis is circled by a controlled-access highway, I-240, which intersects with all major approach routes. I-40 is the primary east-west route, linking Memphis with Jackson and Nashville to the east and Little Rock and Fort Smith, Ark., and Oklahoma City to the west. As a bypass it runs convergent with I-240 around the northern edge of the metropolitan area, intersecting with Austin Peay Highway (SR 14) from the northeast and Danny Thomas Boulevard (US 51) from the north.

A freeway extension of the eastern portion of I-40 penetrates inside the I-240 loop as far as Highland Avenue, where it is shunted over to Summer Avenue (US 64/70/79) for a straight westward run toward downtown. On the west, I-40 interchanges with Arkansas-Riverside Drive, Second Street, Third Street and Front Street, the most direct entrances to the downtown area.

The major north-south corridor is I-55. From Jackson, Miss., and other points south it connects with the western leg of I-240, loops around the southwest part of the city and then, having picked up US 61, veers west at an interchange with E.H. Crump Boulevard. From St. Louis and points north, I-55 runs southward along the west bank of the Mississippi River, absorbing US 63 traffic from the northwest.

At West Memphis, Ark., I-55 joins briefly with I-40 before the two divide again to cross the Mississippi and circumnavigate Memphis. US 61 brings light traffic through the southern countryside from Vicksburg, Miss., and US 51 repeats the leisurely pace from Kentucky on the north.

The only other major approach routes are US 72 and US 78. The former provides access from Huntsville and Florence, Ala., angling into the heart of the city via Poplar Avenue. US 78 from Birmingham and Tupelo, Miss., enters Memphis as Lamar Avenue. It interchanges twice with I-240—once at the circumferential highway's southern segment and again on the western leg at E.H. Crump Boulevard.

Street SystemAs did nearly every facet of the city, Memphis' street plan developed with the river as a focus. Streets form a compass-oriented grid, running parallel or perpendicular to the Mississippi. Major arterials follow a more or less diagonal course as they radiate from the downtown business section.

Except for downtown, where Front, Main and Second through Seventh streets (all parallel to the Mississippi River) march inland, most streets and avenues are named. Although Madison divides north from south and Main and Florida separate east from west, compass designations are rarely used in Memphis addresses.

Unless posted otherwise, the downtown speed limit is 25 mph. The speed limit is 35 mph on major thoroughfares. Turning right at a red light after coming to a complete stop is legal unless otherwise posted. Similarly, so is turning left from one one-way street onto another. Pedestrians always have the right-of-way, particularly at marked crosswalks. Driving during rush hours, 6:30-9 a.m. and 4-6:30 p.m., should be avoided if possible.

ParkingAs in any big city, parking downtown or near the major attractions is often at a premium. On-street parking, when a space can be found, is governed by meters. Commercial garages and parking lots are scattered throughout downtown. Rates average $2-$5 per hour, $7-$15 for all day. 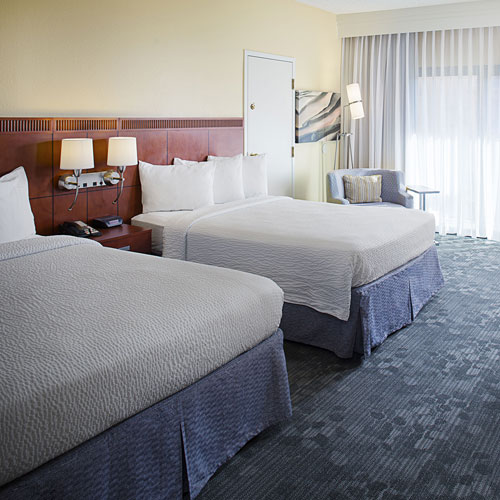