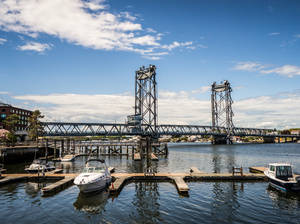 About PortsmouthTo their delight, when the sea-weary travelers on the Pied Cow disembarked on the west bank of the Piscataqua River in 1630, they found the ground covered with wild strawberries. Thus was founded and named Strawbery Banke, the little settlement that took root around a tidal inlet and grew into the seaport of Portsmouth.

The passengers on the Pied Cow were not the first to settle in the area. In 1623 members of the Laconia Co. had come to the Piscataqua to establish a plantation and fishery. Part of the group continued upriver to Dover. The remainder settled at Odiorne Point, 2 miles east of Portsmouth, where they built the first house in New Hampshire. Odiorne Point is a state park that preserves an area little changed in the last 3 centuries.

Strawbery Banke, however, changed greatly. Fishing and farming sustained residents at first, but the ready supply of good timber and an excellent harbor soon engaged them in shipbuilding. Portsmouth—the name was changed in 1653—began attracting the merchant class in large numbers.

The community also served as the seat of the provincial government. As a center of political activity and a vital trade circuit that linked it with Great Britain and the West Indies, Portsmouth naturally was the focus of many Patriot vs. Tory confrontations prior to the Revolutionary War. British ammunition and stores taken from Fort William and Mary by Portsmouth patriots on Dec. 14, 1774, were used in the first battles of the revolution.

Private shipbuilding reached its apex in the early 19th century, producing many of the swift clipper ships that graced the sea. Two of America's first warships, the Ranger and the America, were built in Portsmouth Harbor under the direction of John Paul Jones. Thereafter, shipping and shipbuilding declined as steamships and the competing Massachusetts ports gained popularity.

In 1800 the historic U.S. Navy Yard on Seavey's Island became the impetus behind Portsmouth's economy, since augmented by diversified industry and a healthy summer resort trade.

Portsmouth's history is documented in many restored buildings and neighborhoods. Colonial structures as well as the finely detailed houses built by wealthy 19th-century sea captains line the narrow, winding streets of these sections.

The Old Harbor area at Bow and Ceres streets once was the focus of a thriving mercantile seaport; craft shops, restaurants and boutiques now occupy its chandleries and warehouses. Seacoast Repertory Theatre, an all-year equity theater, is in a renovated brewery at 125 Bow St.; phone (603) 433-4472 for tickets.

Similarly the 14 Federal and Georgian buildings of The Hill, at Deer and High streets, have been refurbished and now are used as offices. Seven of the structures were erected during or before the Revolutionary War. Across Mechanic Street from Prescott Park is the city's oldest cemetery, Point of Graves, which contains gravestones dating from 1682.

The Music Hall, 28 Chestnut St., is a beautifully restored Victorian-era theater with a striking Beaux Arts lobby and an ornate auditorium. Just around the corner at 131 Congress St. is the theater’s sister venue, The Music Hall Loft, a trendy, intimate space offering the same menu of plays, movies, concerts and literary events. Phone (603) 436-2400 for the box office.

Things to Do Isles of Shoals Steamship Co. 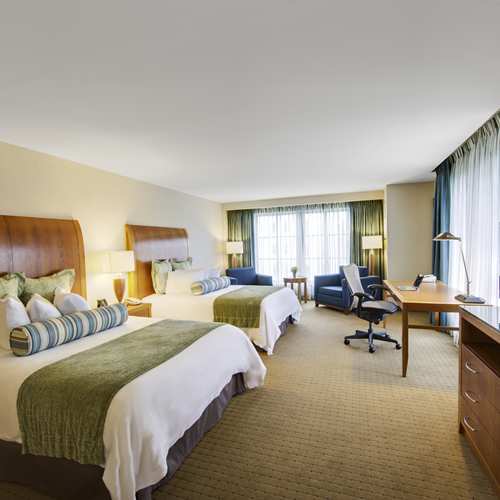 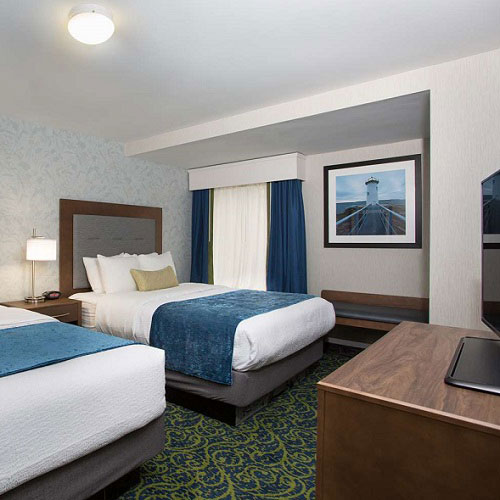