Introduction Home of the instantly recognizable Gateway Arch, St. Louis epitomizes the American spirit of exploration and expansion in all sorts of ways. Geographically, it was the door to Lewis and Clark's groundbreaking westward journey. Charles Lindbergh's milestone solo flight across the Atlantic in the “Spirit of St. Louis” reflected mechanical achievement. And cultural adventure powered the 1904 World's Fair and Scott Joplin's ragtime music. With its prime location near the Mississippi and Missouri rivers and because it was visited by so many people headed West, St. Louis has welcomed diverse groups of people and cultures—including French-Canadians, New Orleanians, Germans, Irish and Italians—and ultimately has given back a soulful blend of music, sports, industry and ethnic traditions.

flickr/Nicolas Henderson
Because of the city's vital role in westward expansion, history is cherished. Memorials and museums inform visitors of St. Louis's past, but if you're not a history buff, fear not. Art galleries; gardens; two professional sports teams; an array of theaters; a zoo; the St. Louis Symphony; and many shopping possibilities, including the exquisite Romanesque-inspired Union Station, provide satisfying substitutes. Your visit to St. Louis will remind you the city was a gateway to pioneers headed West with dreams of success, and it will become your gateway to exploring the past of an American city with one of the most vibrant of histories. Along the way, you'll discover it's also your gateway to a mighty good time.

By CarAs befits the Gateway to the West, a network of major interstate highways flows into St. Louis, bringing goods and people from all points of the compass. From the east come I-55, I-64, I-70 and US 40; all these highways converge at the Poplar Street Bridge to pour into the downtown area and through the western suburbs as I-64/US 40 (the Daniel Boone Expressway).

After a complete stop, a right turn on red is permitted unless otherwise posted. Driving during rush hours, generally from 7 to 9 a.m. and 4 to 6 p.m., should be avoided.

ParkingOn-street parking is controlled by meter, but your chance of finding a space where and when you want one is slight. Many commercial lots and garages are in the downtown business core and around Memorial Plaza; several multilevel garages are in the vicinity of Busch Stadium as well. Rates average $2 per hour for the first 5 hours, $4 for 6 to 13 hours, and $8 for 14 to 24 hours. For stadium events, day or night, the charge is $5-$20. 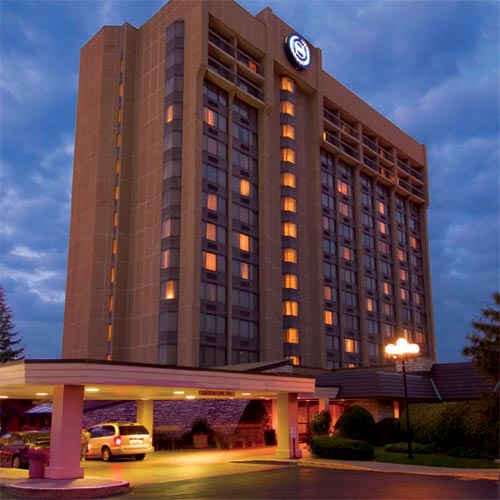 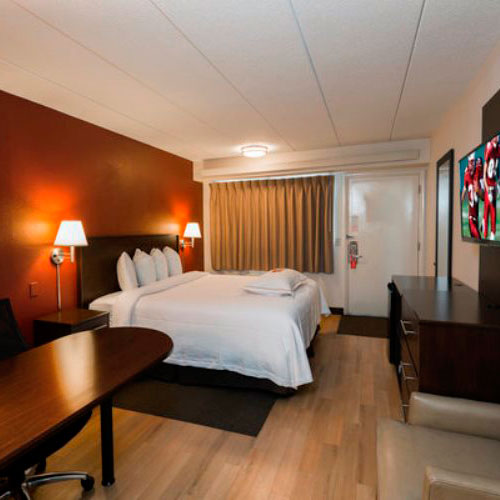