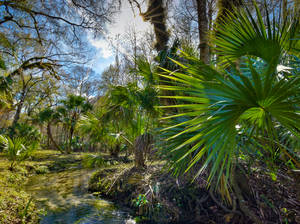 About TallahasseeIn 1823 two explorers set out to find a permanent seat of government for the newly formed territory of Florida. The site they chose—midway between St. Augustine and Pensacola—was called “tallahassee” (tal-a-HASS-ee) by the Creek and Seminole Indians, a name meaning “old town.” The rendezvous point, now Cascades Park, decided the site for the state capital.

A convention in 1861 declared Florida an independent nation and a member of the Confederate States of America. In 1865 during the Civil War, Confederate Floridian soldiers repelled Union forces at the Battle of Natural Bridge to protect Tallahassee, making it the only uncaptured Confederate capital east of the Mississippi River.

Tallahassee's first state house was a log cabin; two more impressive structures were constructed in later years. The Historic Capitol, built in 1845, is now The Florida Historic Capitol Museum and an elegant centerpiece to the Florida State Capitol complex, which was completed in 1977.

The oldest building in the city is the Columns, begun in 1830 by wealthy banker William “Money” Williams. It served as the focal point of financial, political and social development in the state's early history and was saved from demolition by being moved to 100 N. Duval St. in 1971.

Another historic landmark is Mission San Luis, an archeological site where the Spanish and Apalachee Indians lived and worked in harmony.

Artists and artisans create, display and sell their works in more than 50 working studios at Railroad Square Art Park, a 10-acre cultural hub in Tallahassee's All Saints district. Noteworthy is 621 Art Gallery, which features quality contemporary works by local, national and international artists while offering a variety of interactive experiences. The art park's galleries and shops offer special exhibits the first Friday of the month; phone (850) 224-1308.

In a region of rolling hills, live oak forests and rivers, Tallahassee has beautiful landscapes and large lakes, some of which can be enjoyed on the Big Bend Scenic Highway, a 220-mile cross-county trail accessible via SR 263 near Tallahassee Regional Airport. The city also is noted for its many canopy roads, southern gardens and historic homes.

Tallahassee and surrounds provide numerous recreational opportunities and the Gulf of Mexico is only a half-hour away. Biking, camping, exploring, picnicking and swimming are among the activities that can be enjoyed. Lake Talquin is popular for fishing and Wakulla Springs, one of the world's largest and deepest freshwater springs, offers boat tours, kayaking and swimming. Wildlife areas such as St. Marks National Wildlife Refuge and Apalachicola National Forest provide habitat for birds and monarch butterflies.

In 1836 a railroad was built to connect Tallahassee with St. Marks. Now dismantled, the Tallahassee-St. Marks Historic Railroad State Trail offers a 20.5-mile trail—16 miles of which are paved—for bicyclists, hikers, horseback riders and skaters. For additional information phone (850) 487-7987.

Two major universities, both centrally located, provide cultural programs, sports events and other activities. The 422-acre campus of Florida A&M University stands on one of Tallahassee's highest hills, and Florida State University is on a 463-acre campus slightly west of downtown.

Springtime Tallahassee Festival held downtown in either late March or early April features arts and crafts, a parade, a seafood festival, children's activities and music. Holiday shoppers will want to visit Market Days at the North Florida Fairgrounds in early December to peruse the arts and crafts of more than 300 vendors. Also in early December is ‘Just one More’ Invitational Art Festival, a celebration of the arts held at Bloxham and Ponce de Leon parks.

Self-guiding ToursBrochures for a downtown walking tour can be picked up from the Tallahassee/Leon County Visitor Information Center. The route features historical and architecturally significant buildings and sites. Maps of the canopy roads also are available.

Things to Do Alfred B. Maclay Gardens State Park 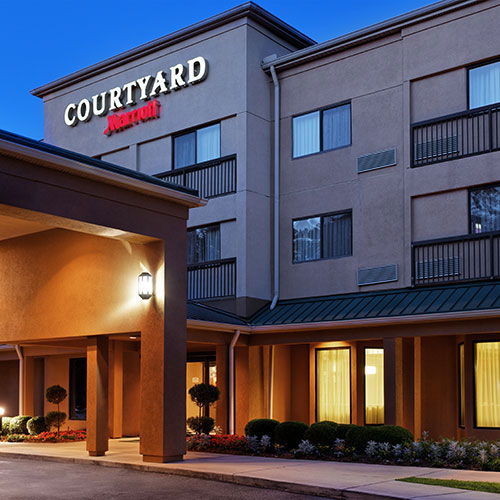