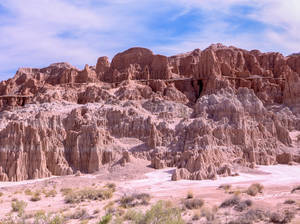 About WilsonWilson isn’t just a place to pull off the highway if you’re traveling down—or up—I-95, even though it’s conveniently situated halfway between New York and Florida. Founded as a farming center in 1849 and once one of the world's largest tobacco markets, it’s a city full of Southern charm, particularly in the downtown historic districts where streets are lined with fine old trees and lovingly restored turn-of-the-20th-century houses.

Lending Wilson a whimsical touch are whirligigs, wind-propelled metal sculptures that dot the downtown area. The whirligigs were adopted in 2013 as the official folk art of North Carolina. Some of these sculptures are quite elaborate, incorporating both movement and sound; all were created by local folk artist Vollis Simpson. Check out the whirligigs in Hickory Grove Park (Kenan and Pine streets) and Vollis Simpson Whirligig Park (Goldsboro and South/Douglas streets). The Wilson Whirligig Festival, held the first weekend in November, pays tribute to the ’gigs with art and craft displays, food vendors and three stages for live entertainment.

Stop and smell the roses at the Wilson Rose Garden, 1800 Herring Ave. E. The All America selections on display range from old garden varieties to modern hybrids, and a dedicated corps of volunteer “dead heads” helps keep the bushes blooming. It’s a lovely spot for a summer picnic. At the Wilson Botanical Gardens, 1806 Goldsboro St. S. on the grounds of the Wilson County Agricultural Building, stroll through butterfly, bird and perennial display gardens as well as a children's secret garden and a STEM garden, incorporating elements of science, technology, engineering and math programs.

Theater, ballet, dance and symphony performances take place throughout the year at the Edna Boykin Cultural Center, downtown at 108 Nash St. N.E. Opened in 1919 as a vaudeville house, this renovated building provides a plush setting for the performing arts. The Wilson Arts Center, 124 Nash St. S.W., exhibits works by local and regional artists and is open Tues.-Fri. 10-5, Sat. 10-3. Phone (252) 291-4329 for either facility.

ShoppingJust as it is a city of trees, Wilson is also known as the “City of Antiques.” More than 30 antique shops as well as seasonal flea markets offer all kinds of browsing opportunities. One of the biggest is Boone's Antiques, 2014 US 301. Items from all over the world are on display at this sprawling 4-acre store.